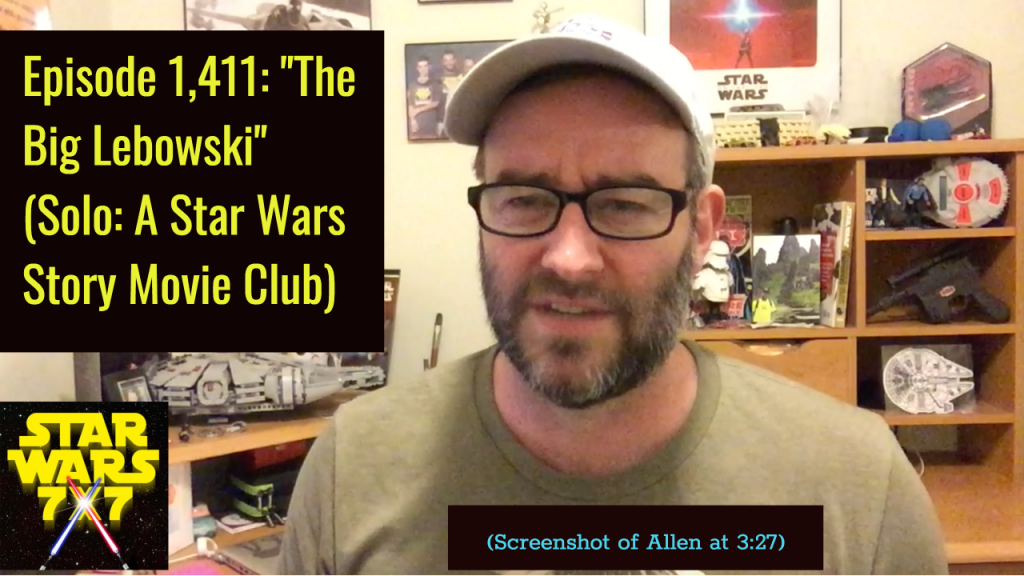 Han as The Dude from The Big Lebowski, and Chewie as Walter Sobchak? It may not be as far-fetched as it seems. In an interview for Entertainment Weekly, Solo: A Star Wars Story co-writer Jon Kasdan said, “Larry [Kasdan] and I are both huge Coen brothers fans, and we talk a lot about [the relationship between The Dude and Walter] as a reference.”

On today’s episode, we’ll talk about the relationship between The Dude and Walter, and how we might see shades of that appearing in Solo.