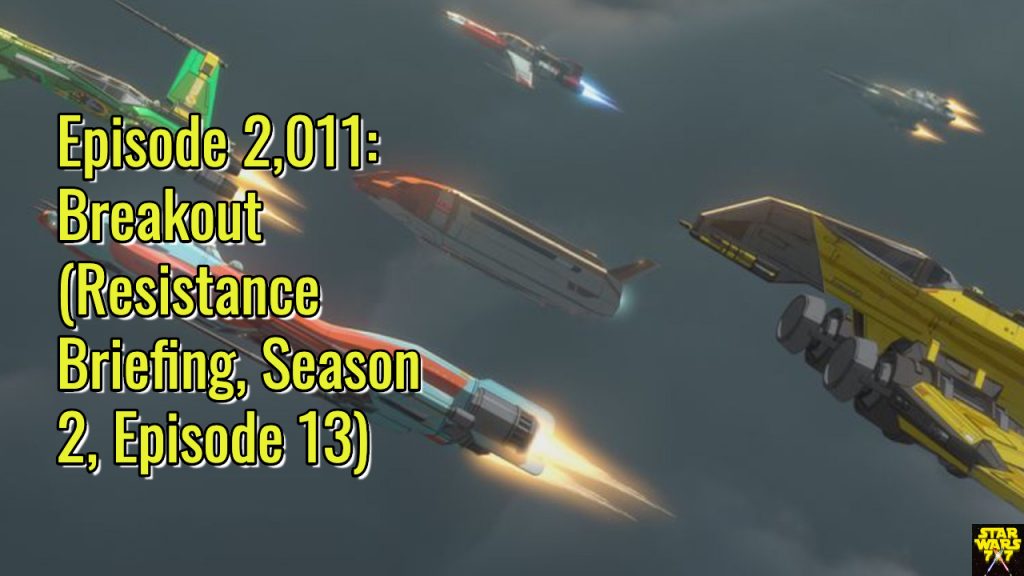 Well, here’s the cliffhanger that could easily also have been a mid-season premiere if it had been held for a few weeks more. “Breakout” is the 13th episode from season 2 of Star Wars Resistance, and as I noted in yesterday’s show, this is now three episodes in a row that are at the peak of Resistance episodes overall. They really seem to be hitting their stride with the show – more’s the pity that it’s going to end with this season…

When we last left our heroes, Yeager, Synara, and CB-23 had been captured and would be turned over to Commander Pyre, Agent Tierney, and the First Order’s tender ministrations. (Ironically stated – they actually show all three being tortured with electricity in this episode, which seems like a step older from their previously-stated younger audience perspective.) Kaz and the other Resistance spy Norath Kev have to figure out how to rescue them – and do it before the First Order finds and destroys the Colossus hiding nearby.

This podcast features a full-spoiler breakdown, and also looks ahead at episode 14 – because apparently we’re not done with the bounty hunter Ax Tagrin just yet. Punch it!