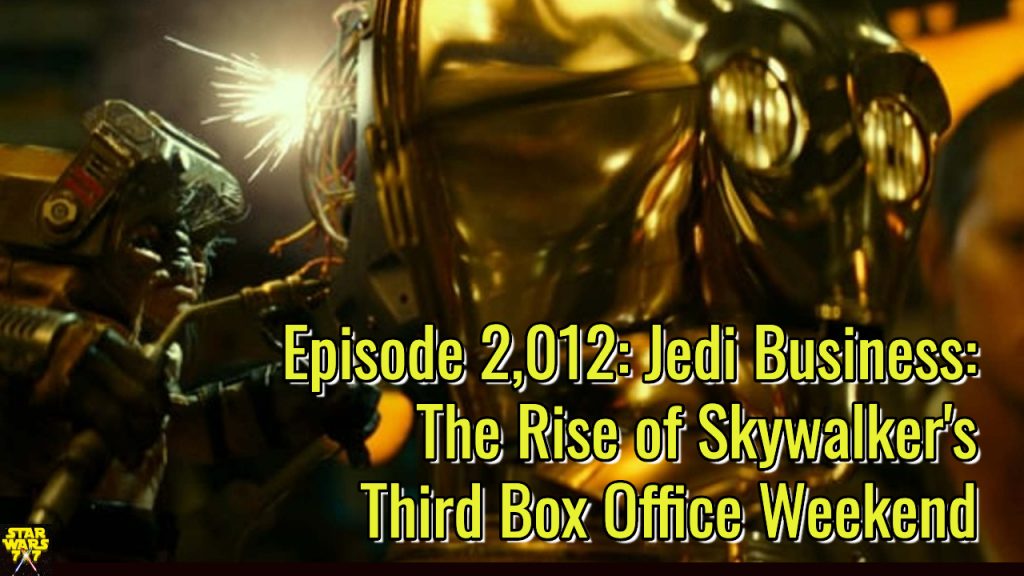 The third weekend is complete, and The Rise of Skywalker is on track to easily clear a billion dollars at the global box office. That said, it’s still tracking behind The Last Jedi’s numbers, which could be a function of the better reviews received by TLJ as compared to TROS … at least in part.

We’ll talk about this today, as well as other factors that could and will affect TROS’s final box office totals, including how well the counter-programming by other studios worked out this time around, and what’s coming up at the box office that could potentially draw attention away from TROS.

Also, if you were anywhere near social media last week, you may have seen calls for an “Abrams Cut” of TROS trending. The deal is that a user on Reddit claimed to have access to a source with intimate knowledge of the TROS production, who said (in summary) that Disney undermined Abrams by increasing degrees, to the point that he was “blindsided” by the version of TROS that arrived in theaters. Further, the source alleges that Disney did this in part to ruin Abrams’ reputation as he moves on to his nine-figure deal with Warner Brothers (home of DC, a potential direct rival to Disney’s Marvel).

Well, there’s some truth to what was posted, but some of that truth was already out there, to borrow from another franchise. So we’ll talk about all of that today, too. Punch it!