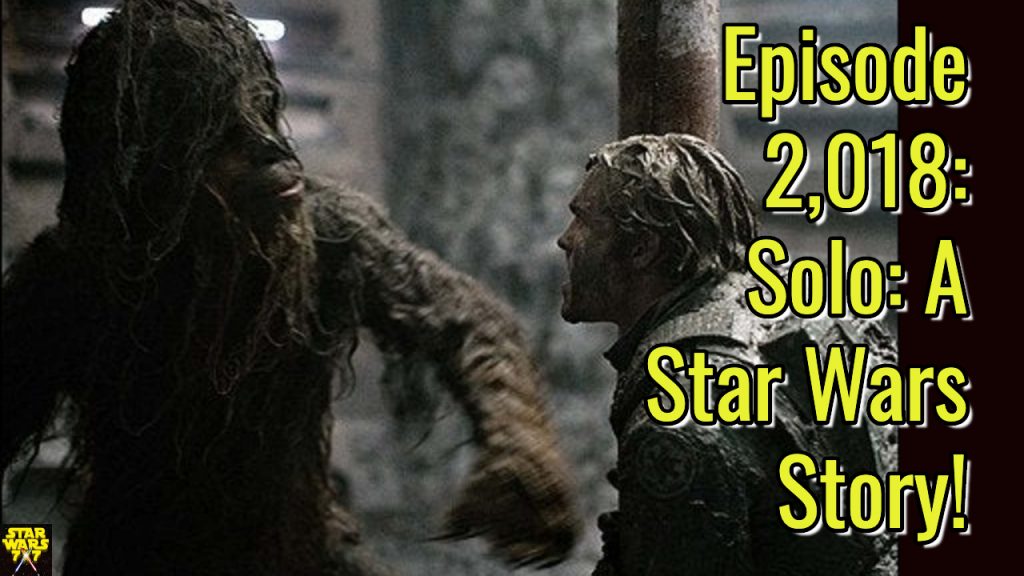 In this series of episodes looking at family dynamics in the Star Wars movies, one of the main things upon which I’ve been keeping an eye is how family becomes a driving force for the story of a movie, or of a specific character’s story, story arc, and/or development.

Yesterday, I said that The Last Jedi was one of the movies with the least amount of its story driven by family dynamics, and that was true. In fact, it’s driven to a large degree by a lack of family – Rey finally admitting out loud that she has no family left to go home to or to come back for her, and Kylo/Ben having killed his father, allowed his mother to nearly be killed, ready to kill his uncle, and having his affinity for his grandfather ridiculed to the point that he destroys his own mask.

Well, Solo, by comparison, has none of those dynamics at all. It’s the Star Wars movie with the least amount of story driven by family dynamics, hands-down. But there are brief conversations about parents, which I’ll explore in today’s episode, and I’ll also share a fun fact I learned about Warwick Davis’ character in Solo that would make for a great trivia question down the road. Punch it!