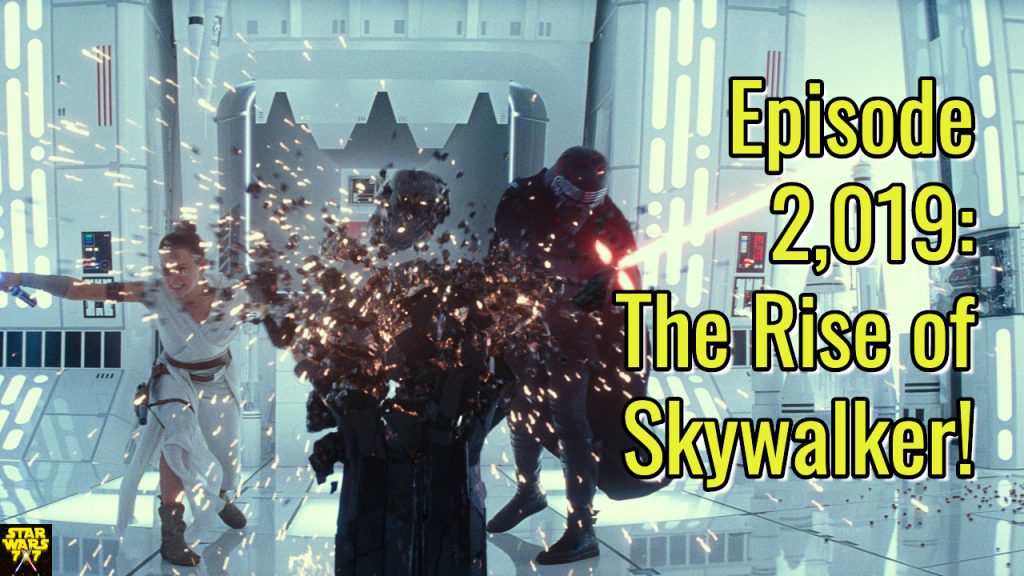 With it being the end of the “Skywalker Saga,” and with it being called The Rise of Skywalker, it’s probably no surprise that this whole movie hinges on family dynamics. And as we’ve done for the other 10 Star Wars movies whose release years coincided with our episode numbers, the final episode of that mini-series has arrived.

One of the fascinating things, though, is that the movie’s dynamic is driven much more by the Palpatine family line than it is the Skywalker line. Sure, there are squad goals for the Skywalker lineage – like dealing with Ben Solo’s descent to the dark side, and how any other Skywalkers (Luke, Leia, Anakin) would factor into the resolution of that character arc. But really, this is all driven by the Palpatine story, which kind of a dark mirror of the Skywalker story.

To wit: Palpatine uses a dark side acolyte to try to destroy the most powerful/only light side acolyte out there. If said light sider can’t be destroyed, perhaps they can be turned instead. Thus, Palpatine is up to his old tricks, pitting light against dark, and all he cares about is who’s stronger. But this time, he tries the seduction route a bit more. He offers the might of the Sith fleet to Kylo Ren in exchange for killing Rey. When that doesn’t work, he tells Rey to strike him down so she can save her friends at Exogol. When Palpatine was egging Luke on to strike him down, he never dangled the carrot of saving his friends at Endor.

We’ll talk about this and lots more, plus we’ll address – as conclusively as it can be addressed right now – the Lando/Jannah father/daughter rumors. Punch it!