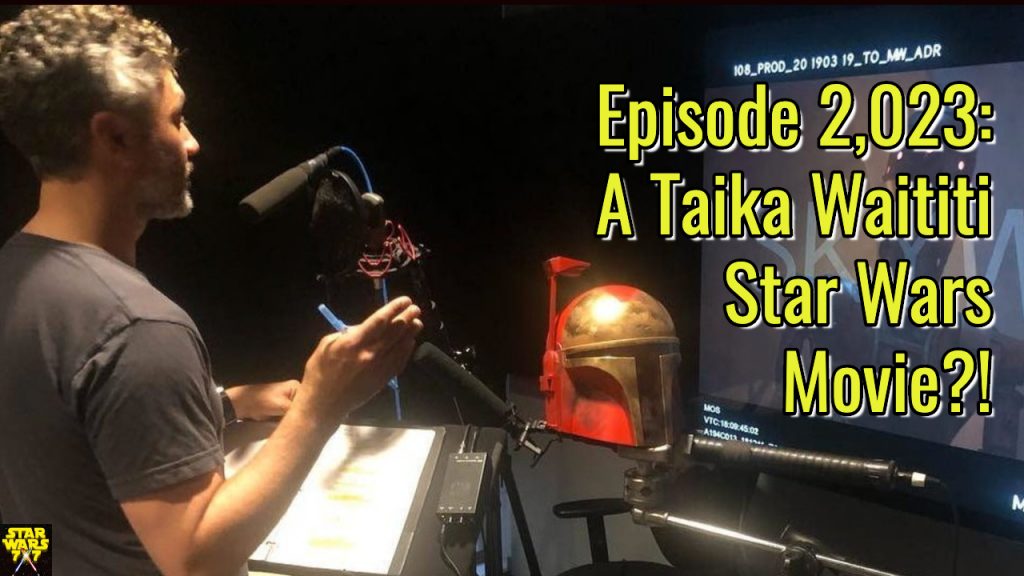 As first announced by The Hollywood Reporter, Taika Waititi is in early talks to helm an upcoming Star Wars movie. That news broke yesterday, and Variety and Deadline Hollywood later “confirmed” the story.

But what does that “confirmation” “actually” mean? I’m going to dig into that on today’s episode. For now, I can tell you that, as of the time of the recording of the show, everyone else seems to be referencing one of those three publications, and no one else is breaking news on it. Neither Lucasfilm nor Waititi have responded to the stories, but Waititi did post a picture of the cover of Fleetwood Mac’s Rumors album on Twitter late yesterday, without further comment. So make of that what you will.

If it does turn out to be true, then I can tell you when it which previously announced Star Wars film date it can hit at the earliest, and – as a result of that, plus a few other things we’ll discuss – we can make some guesses about the 2022 and 2026 movies as well. Punch it!