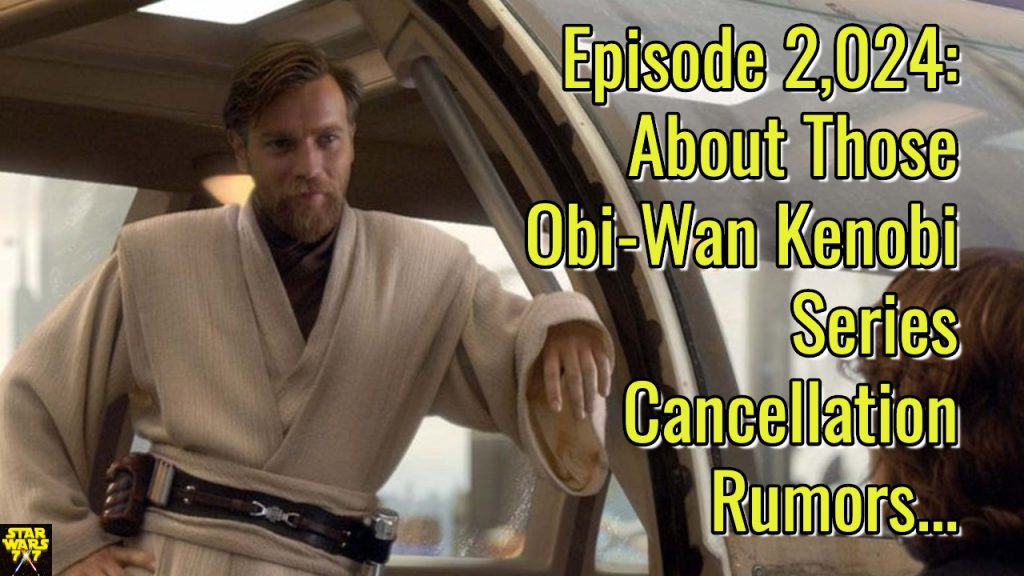 You can’t leave the Internet alone for a few hours without people losing their minds over unsourced rumors these days!

The most recent case happened yesterday, when a Twitter account and a website each reported (not sure which was the chicken and which was the egg, so to speak) that the Obi-Wan Kenobi series had been canceled in the wake of Ewan McGregor’s departure over “creative differences.”

So I thought we were going to be talking about Star Wars Resistance today, but instead we need to take a moment and set the story straight. The tl;dr is that the Twitter account is a fake one, the website is one I’ve never heard of until yesterday, and a bunch of industry people have been coming out to confirm that the story is false. As we get into the details of the situation on today’s show, we’ll also talk about what we do know for sure about the upcoming show. Punch it!