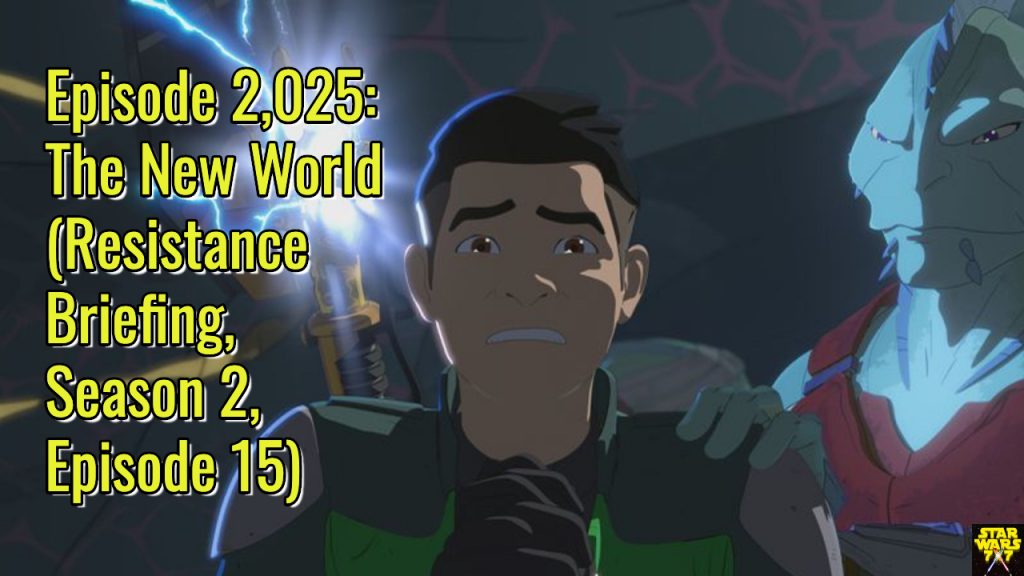 The countdown to the final episodes of Star Wars Resistance begins! Today, it’s a Resistance Briefing for “The New World,” episode 15 from season 2 of the Star Wars animated series. The Colossus has been on the run from the First Order and survived a mutiny attempt staged by the pirates on board, but have they finally found a place they can call home?

Aeos Prime sure looks pretty sweet – and it’s tucked away on the edge of the Outer Rim, far from prying eyes. But there’s evidence that the First Order has been there recently, and possibly because the planet used to house an old Rebellion outpost. Uh-oh…

If you remember the “Martha!” moment from Batman v Superman: Dawn of Justice, you might find (like I did) that someone in the writer’s room (or the designers or animators or *someone*) had a similar realization about Griff Halloran’s pilot helmet. It’s a detail that’s been kicking around for a season and a half, and there’s finally been a plot point payoff for it. And we’ll have a few more things to talk about, too… Punch it!