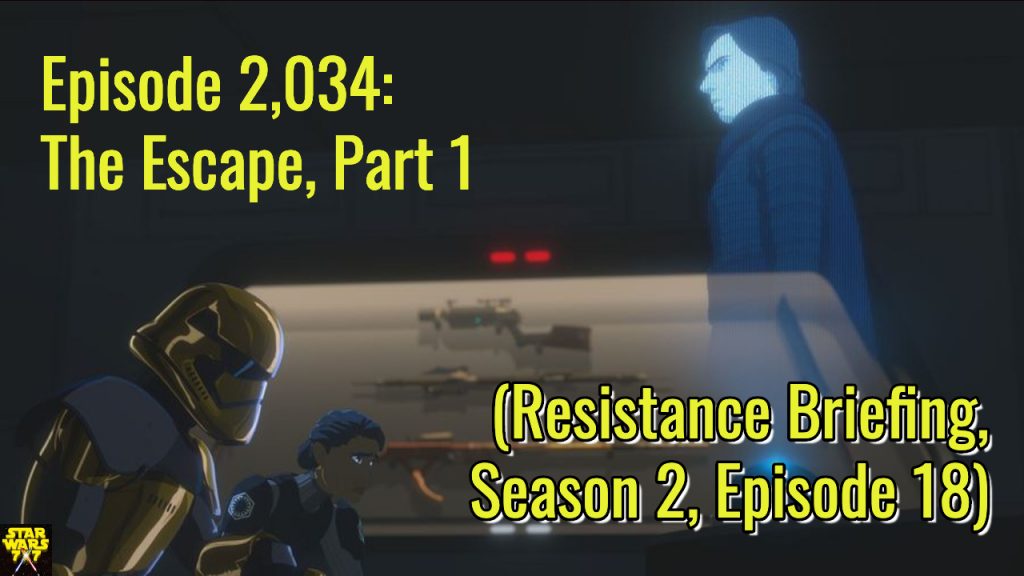 The series finale for Star Wars Resistance kicks off with the first of a two-part adventure, “The Escape.” Since the ending of season one, the big question has been about Tam Ryvora: Would she stay with the First Order and help them destroy the Colossus, or would she have a change of heart and try to rejoin her friends?

Well, I think we all anticipated what the final answer would be – the only unknown was how season 2 would navigate us to that result. And the final straw happens in the opening moments of this episode, as the First Order returns en masse to Aeos (last seen in “The New World” and “No Place Safe” two weeks ago) and bombards the planet for their role in assisting the crew of the Colossus. It’s similar to First Order behavior we’ve seen in other media (books, comics), and it’s very satisfying for Jace Rucklin (Elijah Wood, who’s played this perfectly awful character to perfection). But for Tam, it’s the breaking point. She can’t be a part of this any longer.

On today’s Resistance Briefing, we’ll talk about what happens next, including the disturbing appearance of a major Sequel Trilogy villain. Punch it!