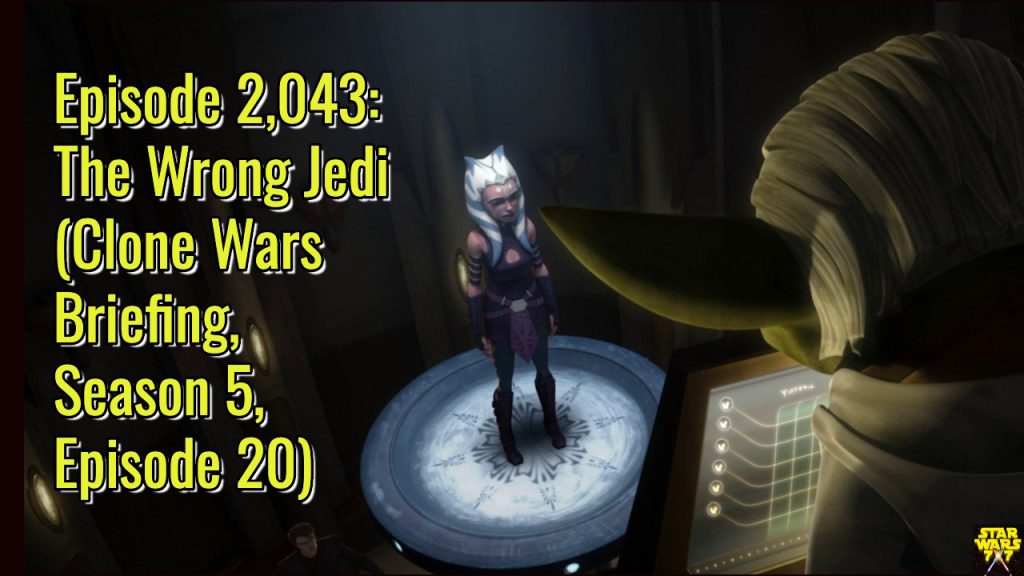 And now, we come to the end of the Jedi Temple bombing story arc, and the end of season 5 of the Clone Wars, and the end of episodes of the Star Wars animated series on Cartoon Network. “The Wrong Jedi” – a title inspired, yet again, by an Alfred Hitchcock movie title, and yet again with not much to do with the actual content of the episode – features the final fate of Ahsoka Tano (at least, as depicted in the Clone Wars to date).

On today’s Clone Wars Briefing, we’ll explore the events of the finale, including a little moment or two that make all the difference in the emotional storytelling; the question of what rank Ahsoka would have had if she’d rejoined the Jedi Order; Barriss Offee’s shocking confession; and whether Ahsoka already knows Anakin’s deepest secret. Punch it!