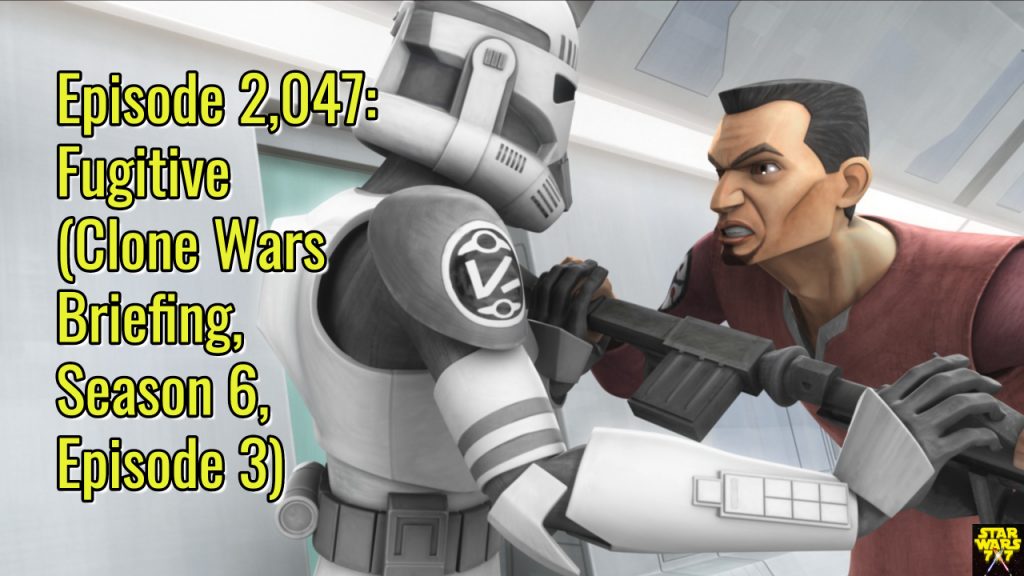 “Fugitive” is episode 3 from season 6 of the Clone Wars, and we’re now going from battlefield action to medical investigation to sci-fi thriller in our genre-busting first story arc of the season. It’s a wild ride, and it works fantastically well.

Fives is supposed to be undergoing one last test before he’s shipped back to the 501st, but medical droid AZI-3 says he’s heard Fives is going to be reprogrammed and kept on Kamino as a sanitation worker. That, obviously, doesn’t go over well with Fives, who overpowers his escort and goes on the run with AZI-3.

During the course of the episode, Fives learns that the rabbit hole related to Tup’s “tumor” goes very, very deep indeed, and leads to a shocking revelation – one that can’t end well in any way, shape, or form, unfortunately. And it also raised the question for me about viewing order. We all like to discuss the best order in which to view the Star Wars movies, but this series of episodes makes a strong case for recommending that they be seen before Revenge of the Sith.

I’ll be talking about all of that and more in today’s Clone Wars Briefing, but settling the matter of the proper pronunciation of “Kaminoan.” Punch it!