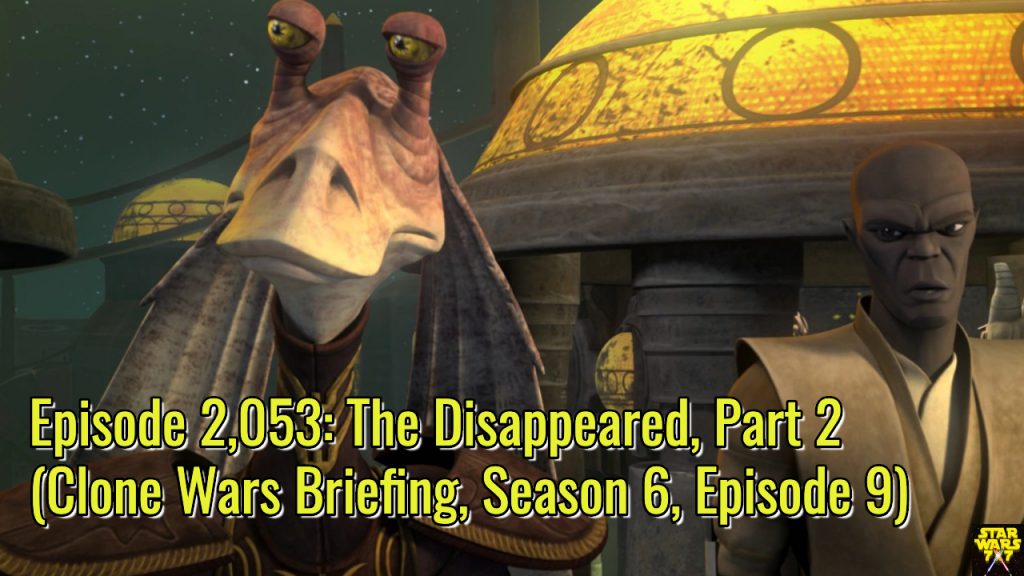 “The Disappeared, Part 2” is season 6, episode 9 of the Clone Wars series, and this briefing is going to go quickly. That’s because most of the plot was set up in Part 1 of this two-part story arc, and Part 2 is all about how Jar Jar and Mace are going to pull off the rescue of Queen Julia. The only big new deal of the episode is the detail behind the prophecy about chaos and destruction coming to the galaxy if the Frangawl cult pulls off their shenanigans.

We’ll talk about that new news, and we’ll also talk about the new preview video released for season 7 of the Clone Wars, featuring the Bad Batch – clones with “desirable mutations.” It turns out that, along with titles for the first two episodes of season 7, that we’ve already heard a lot more about the first story arc of season 7 than we may have guessed. Punch it!