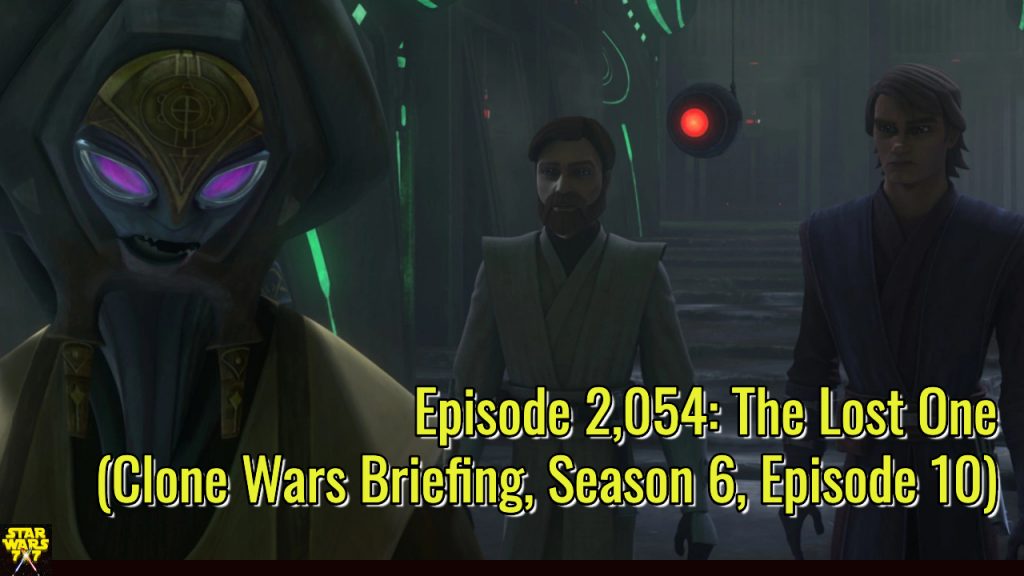 The urge to start this post with the big line from Yoda at the end of “The Lost One” is almost too much to bear. This episode of the show is a full spoiler Clone Wars Briefing for episode 10 from season 6, which also begins the final story arc of “The Lost Missions” episodes. So you’ll hear me say it on the show, and revel in the magnitude of it for a time as well.

But I’ll keep it out of here, just in case. What you need to know in the run-up to it: The episode kicks off with the Jedi receiving a distress signal from a ship long missing. Why did it suddenly start broadcasting now, more than a decade after its disappearance? That’s never answered, but what Plo Koon discovers at the source sets a terrible chain of events in motion. The ship contains the lightsaber of Jedi Master Sifo-Dyas – yes, that Sifo-Dyas, the one who ordered the creation of the clone army.

Well, the thought was that Sifo-Dyas had died while helping warring tribes on Felucia negotiate a truce. But the rest of his file was sealed by the Office of the Supreme Chancellor. Is this a plot by Palpatine? Well, no, but he certainly managed to take advantage of a sticky political situation involving the Pyke Syndicate …

I’ll dig into all the details you need to know on today’s episode, including the shocking discovery Obi-Wan and Anakin make on the Pyke home planet, and how that leads to the even more shocking conclusion with Yoda and the Jedi Council at the end of the episode. Punch it!