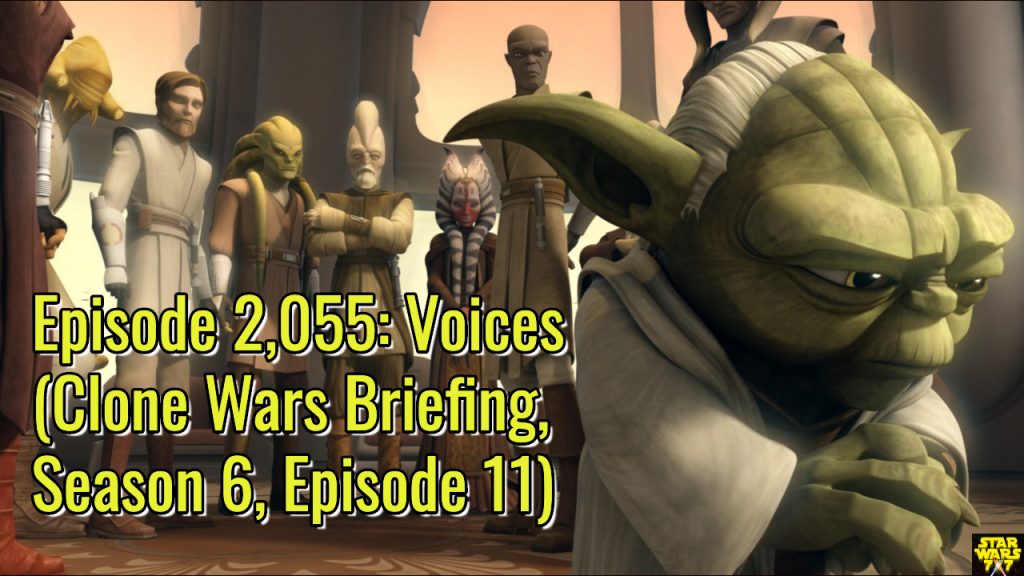 “Voices” is episode 11 from season 6 of the Clone Wars, and aside from the Clone Wars Briefing that takes place on this show, we could be doing a whole separate episode about the nature of the Force – this episode reveals things that even the Jedi didn’t know about it, and that deeply enhance our own understanding of it.

But there’s also more pressing matters to consider, like the fact that the leader of the Separatists is the same person who is responsible for the creation of a clone army for the Republic. Yoda meditates deeply and here’s the voice of a long-gone Jedi: Qui-Gon Jinn, voiced (pun intended) in a triumphant return by Liam Neeson. And the ghost of Jinn blows out candles and levitates Yoda himself to prove he’s legit.

But Yoda’s concerned that it’s just a voice in his head or – more darkly considered by Ki-Adi-Mundi – that he’s come under the sway of the dark side of the Force in some unknown fashion. And group meditation, sensory deprivation, and bed rest do nothing to help matters.

So Yoda instead follows the voice of Qui-Gon’s instructions to go to Dagobah, alone, to find out just WTF (what the Force) is going on. We’ll talk about all of that in today’s episode… Punch it!