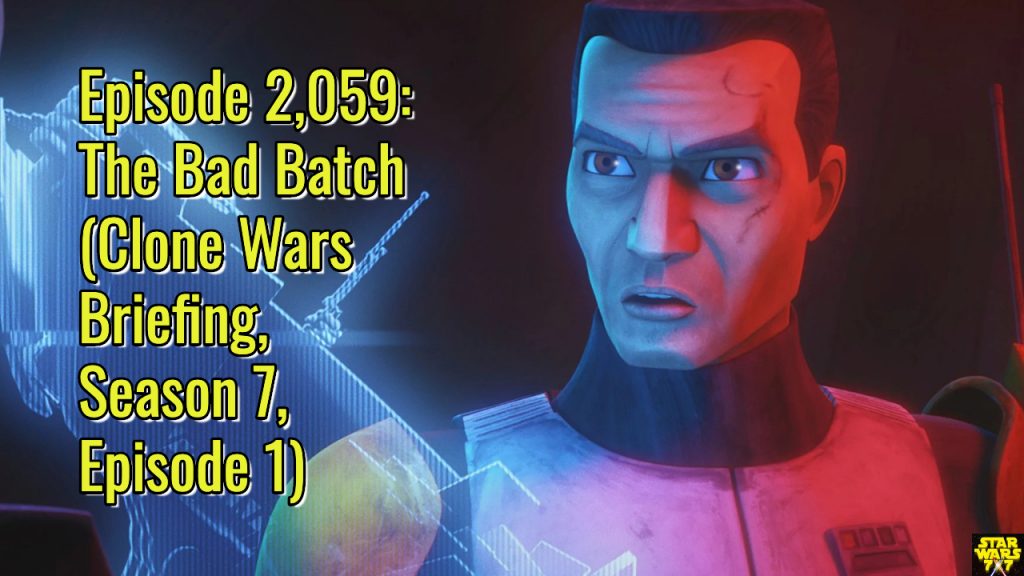 “The Bad Batch” is episode 1 from season 7 of the Clone Wars – yes, it’s finally here! And in a development that shouldn’t come as a surprise, there are a couple of differences between the version previously presented as story reels/unfinished animation, and the final version that debuted on Disney+ yesterday.

The main differences are in the setup – a different fortune cookie, a variation on the explanation for why the Republic is losing the fight on Anaxes, a different origin for the mission idea, and a new scene with Rex and Cody in the barracks. And that’s within the first few minutes of the episode!

The rest more or less falls in line with what we already know, and in this full-spoiler Clone Wars Briefing, I’ll walk you through it all. We’ll also talk about the significance of Rex’s theory for their losses, the big ending reveal, and who inspired the naming of Clone Force 99. Punch it!