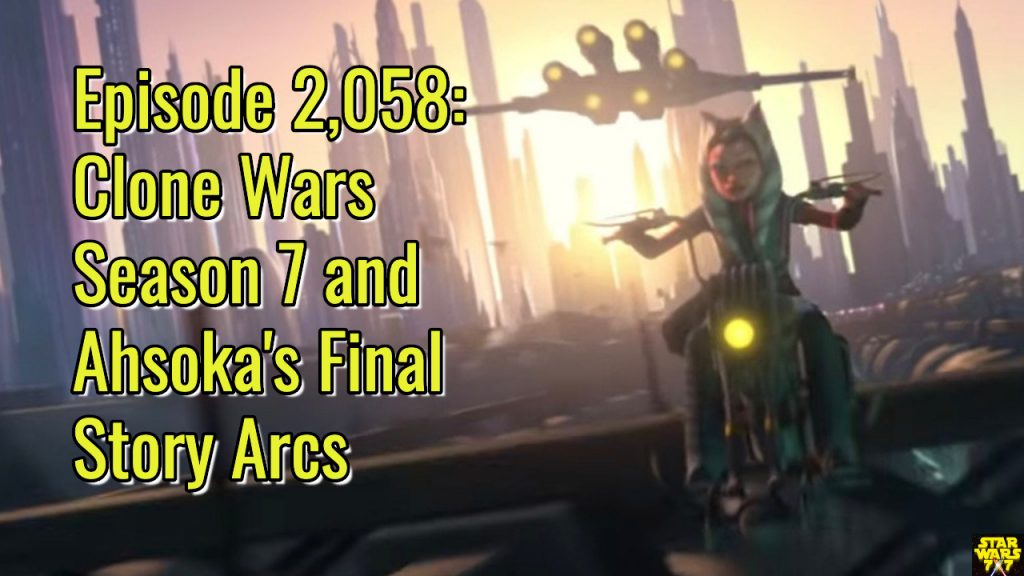 Today’s the day! First announced at San Diego Comic-Con in July 2018, Clone Wars Season 7 is finally here, with the first episode dropping on Disney+ earlier today. And tomorrow, we’ll have the official Clone Wars Briefing for the episode, “The Bad Batch.”

For today, however: We know that the Bad Batch story arc is going to kick off the season, and it’s a fair bet that the Siege of Mandalore story arc will end the season. But what will happen in those middle episodes?

I’m taking a look back at some footage from the trailer for the new season, combined with some recent interview comments from Dave Filoni, and the epic “Ahsoka’s Untold Tales” panel from Star Wars Celebration London in 2016 – in particular, the “Ahsoka’s Walkabout” and “Return to the Jedi” arcs – to consider what that might mean for episodes 5-8 of the new season. Punch it!