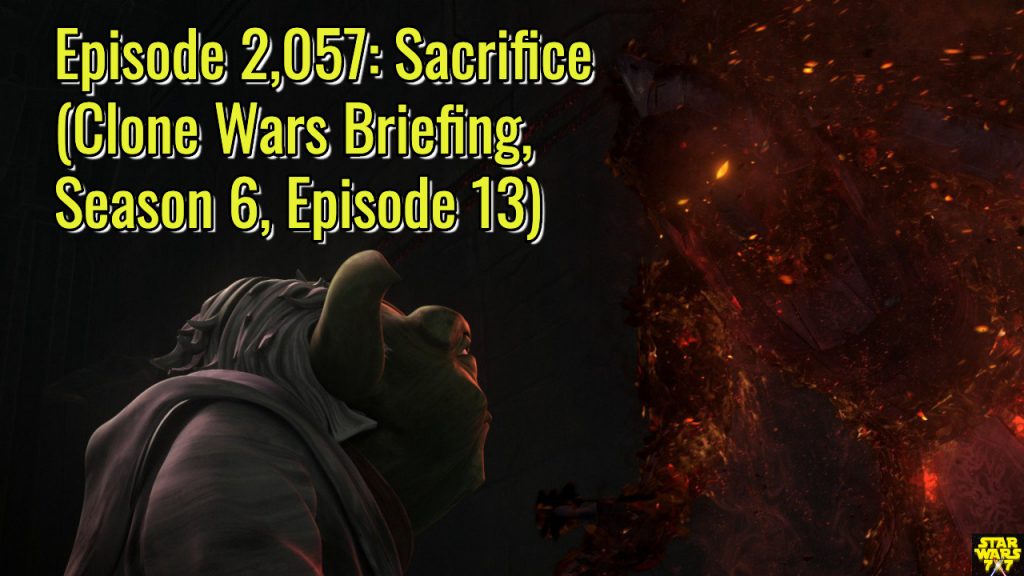 “Sacrifice” is episode 13 from season 6 of the Clone Wars – what we thought would be the last episode ever, until fan campaigns, the advent of Disney+, and the desire of Dave Filoni to finish what he started all combined to result in the season 7 that debuts tomorrow.

For now, though, we’re focused on resolving the final story arc from season 6, which features Yoda flying to Moraband, the Sith homeworld. There, he will face his final tests in order for the Force Priestesses to believe that Yoda may be trained in the means of maintaining his identity after death, and being able to commune with the living as a Force ghost.

Well, the Force Priestesses pull out all the stops on these final tests, but the very last one subjects Yoda – and unwittingly, I might add – to the machinations of Darth Sidious and Count Dooku, both of whom realize that Yoda is on Moraband, and act to take advantage of the situation and destroy him.

We’ll talk about all of this on today’s episode, as well as the “other path” of which Yoda speaks to Mace Windu and Obi-Wan Kenobi, and a different read on the “There is another Skywalker” line that appears in this episode. Punch it!