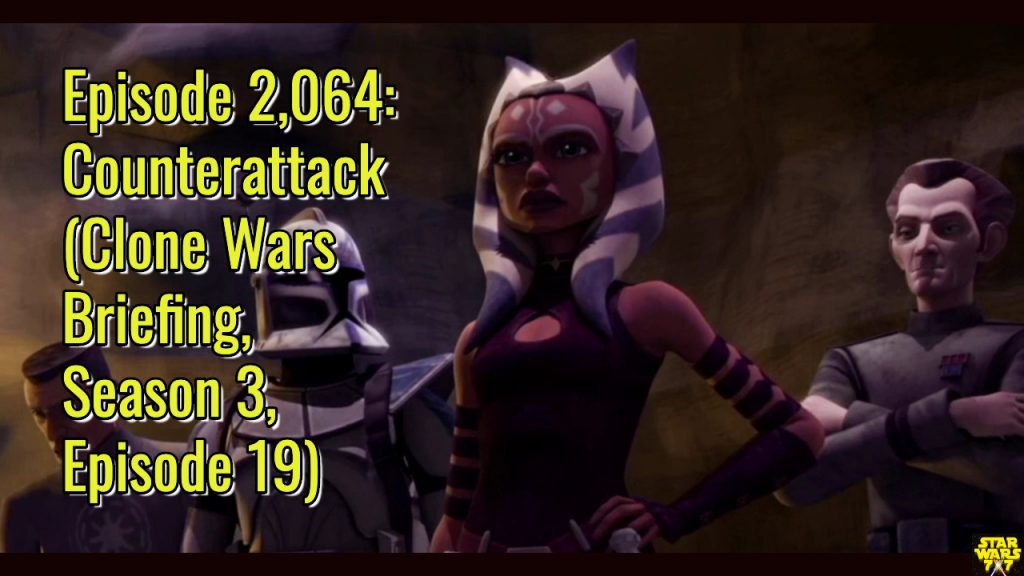 “Counterattack” is episode 19 from season 3 of the Clone Wars, and the second of a three-part story arc. And *this* is the episode where clone trooper Echo gets caught in an explosion – an event which has major ramifications for the first story arc of the new season 7 of the Clone Wars.

All we see of Echo is him getting thrown by the blast as their escape shuttle is destroyed, and he’s at the foot of the ramp when it happens. As our heroes retreat off the landing platform, there’s ominous music and a pan down to Echo’s helmet, which came off as a result of the explosion. As for his body? Well, we don’t see it again in this episode. I’m hinting around the spoiler alert for episode 1 for season 7 at this point, but I won’t add any more until we talk about the final episode in the arc.

On today’s episode, though, we’ll run down all the major details of this one, and – in a side note – talk about the Indiana Jones 5 news, with Steven Spielberg deciding not to direct the movie after all. Punch it!