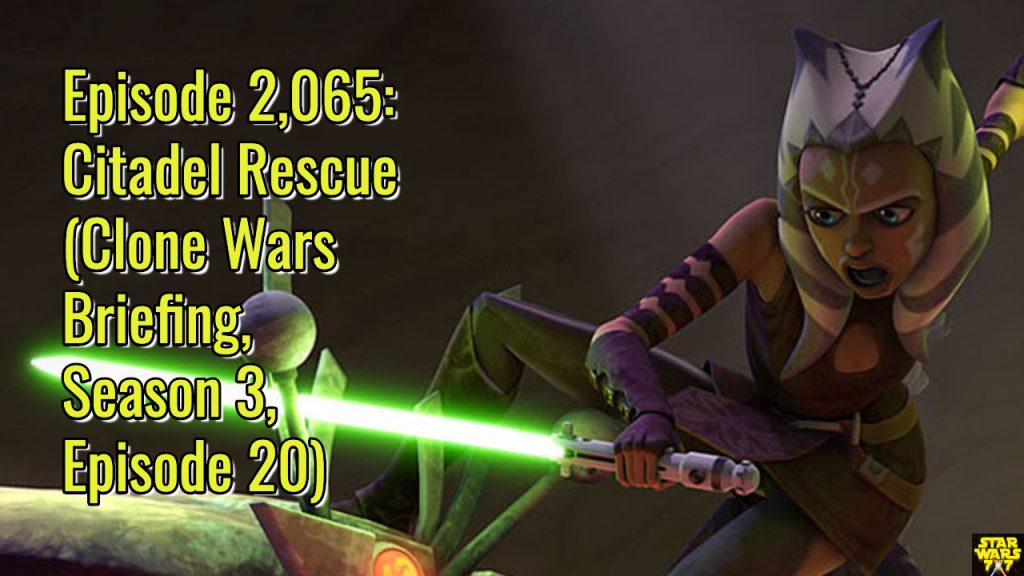 The fate of Echo – who was caught in an explosion at the end of the previous episode, “Counterattack” – is not mentioned at all in “Citadel Rescue,” so we’re left to believe that he was killed in action. But there will be other casualties during “Citadel Rescue,” including more clones, more of Even Piell’s command crew, and most surprising of all, Even Piell himself. The battlefield funeral scene, for me, was one of the most emotional moments I’ve encountered in the Clone Wars so far.

In fact, this episode touched on a full range of emotions, and felt longer than it actually was – in a good way! They packed so much into it, it’s hard to believe it all happened in twenty-odd minutes. I’ll be going over the important details in today’s episode, including a crucial exchange at the end between Tarkin and Anakin, and then Obi-Wan and Anakin, that lays out yet another stone in Anakin’s path to the dark side of the Force. Punch it!