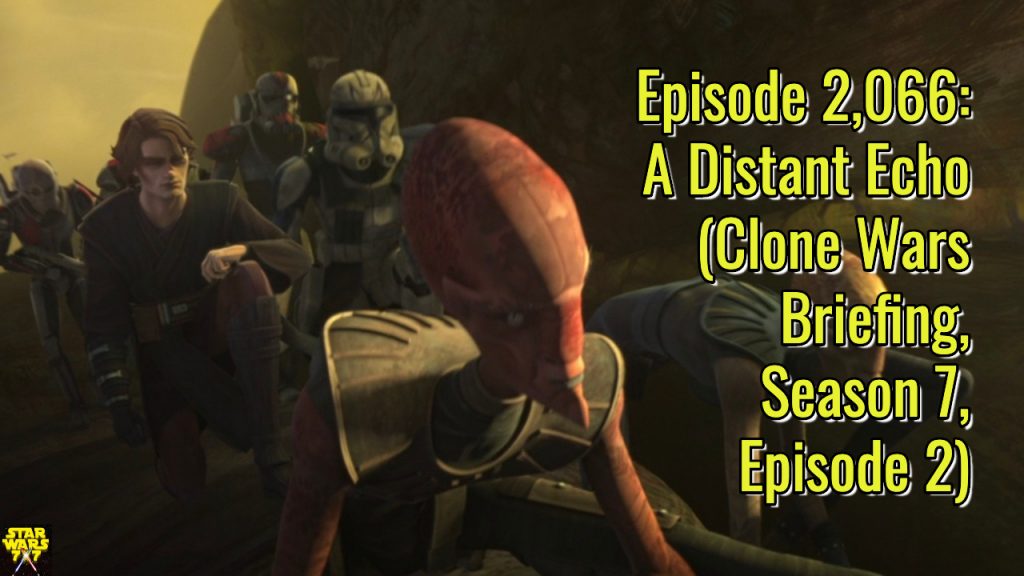 “A Distant Echo,” episode 2 from season 7 of the Clone Wars, is also the second of a four-part story arc, and picks up not long after where we left off in the previous episode. Rex and the Bad Batch have returned to base, and the Jedi Council has the discoveries of the previous mission under consideration. The gang, along with Anakin, are awaiting the final go-ahead to leave for Skako Minor, but Anakin has a thing… You know, a *thing*…

Which leads to us learning that Anakin uses Rex’s quarters to make calls to Padme on the regular. Which means that Rex knows something. And Obi-Wan suspects it, telling Anakin that he hopes Ani said hi to Padme for him. Ani doesn’t take the bait, but it does seem like his relationship with her is becoming an open secret, at some level.

But, on to the business at hand. Anakin, Rex, and the Bad Batch head to Skako Minor, and on today’s episode, we’ll sum up the mission, get to the big reveal, and also talk about some of the differences between the story reel version and the final finished episode. Punch it!