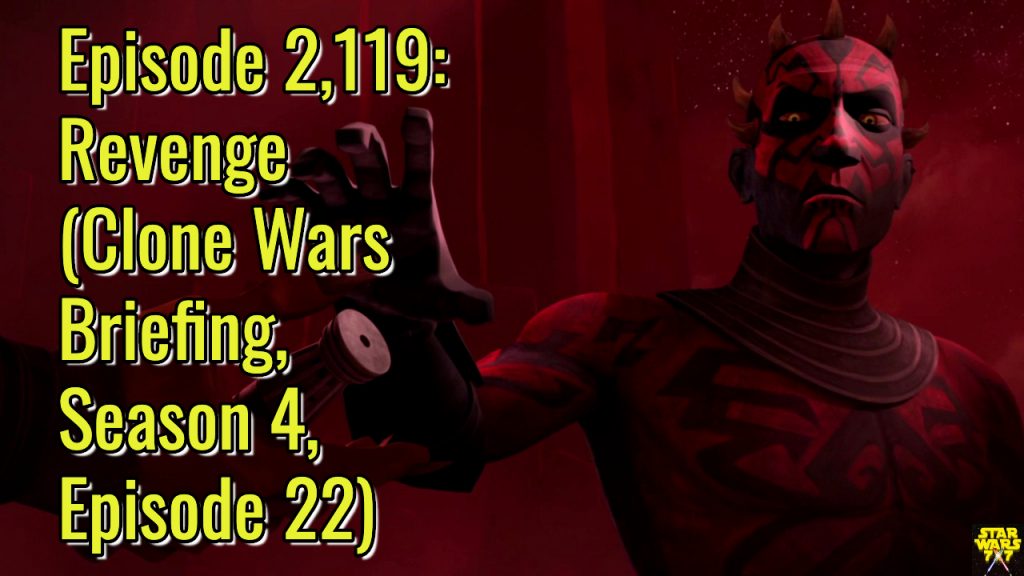 “Revenge” is the second part of a three-part story arc, and the final episode of the fourth season of the Clone Wars (episode 22, if you’re in to such things). Among the lessons Obi-Wan learns: not everything you slice in half is dead; Yoda keeps secrets from you that will be to your later benefit; watch out for kicks from cybernetic legs; and he and Asajj Ventress could star in a buddy cop comedy together with all their bantering.

Meanwhile, Mother Talzin works some pretty impressive magick to strip Maul of his spider legs, assemble new bipedal ones from the pieces of wrecked battle droids on the desolate surface of Dathomir, and clear his mind of the kind of craziness that otherwise keeps him from functioning like a civilized Sith. Now, instead of spouting nursery rhymes, he’s thinking clearly as he indulges in his pure, unfettered hatred. We’ll talk about it all, and his first shot at revenge on Kenobi, in this episode. Punch it!