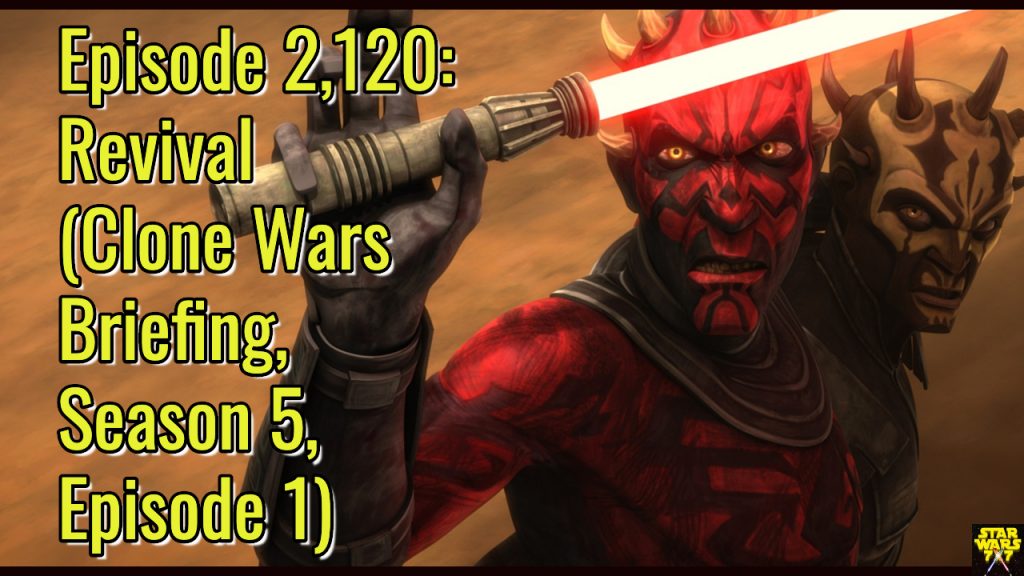 So, “Brothers” and “Revenge” ended the fourth season of the Clone Wars, and “Revival” kicked off the fifth season. You could be forgiven for thinking that Maul was going to be a huge antagonist in season 5, but it turned out not to be the case.

He certainly does cause his share of problems in this first episode, though, and not just for the Jedi and Obi-Wan Kenobi. This time, Maul and Savage are starting to reveal their goals, by declaring themselves “lords … crime lords.” And to fulfill this, they start by trying to take over a band of pirates led by none other than Hondo Ohnaka. As Hondo notes, these aren’t the first crazy laser sword wielding people he’s dealt with, and he’s always come out on top.

Chaos ensues, we see how Obi-Wan ignored that business about being overmatched from last episode, and he gets a fellow Jedi (Adi Gallia) killed as a result. Later: more amazing lightsaber battles, two limbs lost, and Hondo again comes out on top. Punch it!