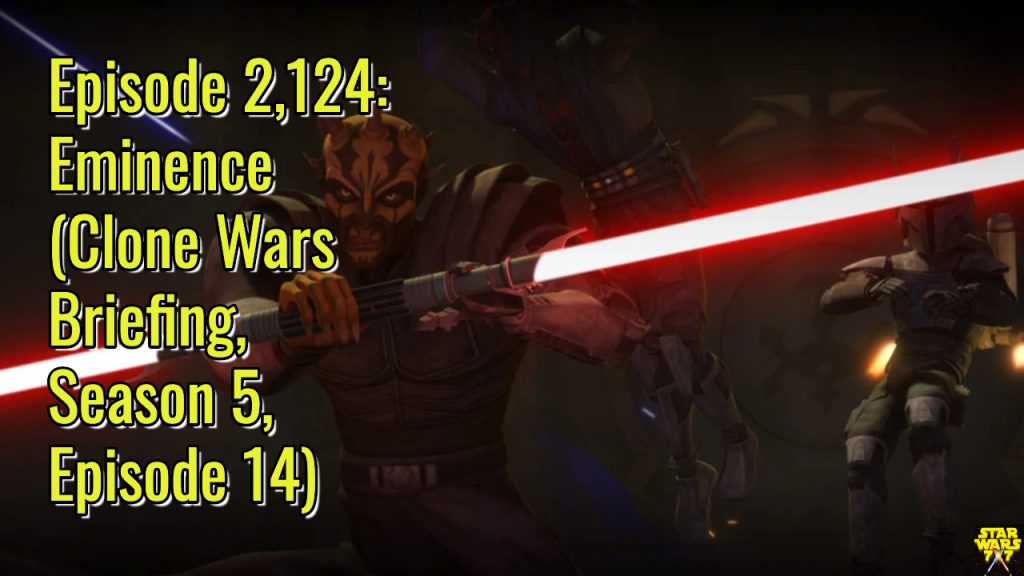 Season 7, episode 10 of the Clone Wars, “The Phantom Apprentice,” has seen the capture of Maul and the end of his reign on Mandalore – or has it? Well, while we wait for episode 11 to see how that shakes out, we’re going back in time to look at just how Maul came to power.

The last time we saw him, he and Savage Opress were much the worse for wear – the events of “Revival” (episode 1 from season 5) had him without a leg, Savage without an arm, and floating adrift in space. Well, they didn’t show up again in the series until episode 14, “Eminence.” Lucky for them, too, as they were on the edge of death when the Mandalorian Pre Viszla and members of Death Watch stumbled upon them. And it seemed lucky for Death Watch as well. They made a deal with Maul and Savage, to overthrow the Duchess Satine and destroy Obi-Wan Kenobi in the process.

Well, if there’s one thing we know about making deals with Sith lords, it’s that the deals get worse all the time. And we’ll talk about that, as well as the beginnings of Maul’s “Shadow Collective” crime syndicate, as we discuss “Eminence,” which is the first of a three-part story arc. Punch it!