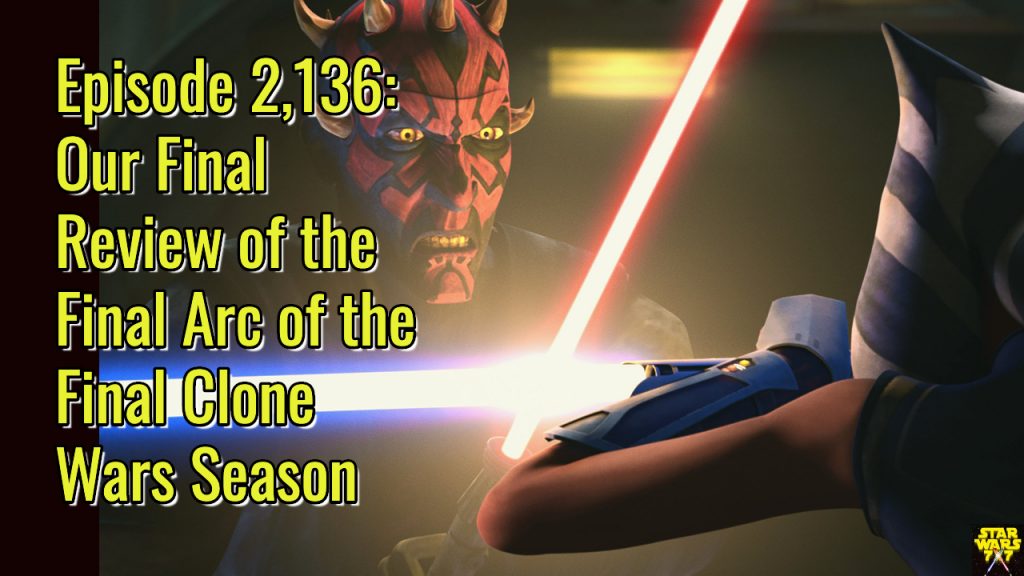 At Celebration Orlando in 2017, Dave Filoni talked about the then-upcoming season 4 of Star Wars Rebels, saying that it would be the final season, and that he would get to end the series the way he wanted to, which was an opportunity he didn’t have with the Clone Wars.

Well, here we are, three years later, and Dave Filoni got the “happy” ending he wanted. I’m putting “happy” in quotes only because the end of the story includes the advent of Order 66 and the fall of the Galactic Republic, but I think you take my meaning, right? Clone Wars Season 7, the final season, concluded on Monday, May 4 with “Victory and Death,” the conclusion of the “Siege of Mandalore” story arc, the capstone to three in-universe years of epic storytelling.

On today’s episode of the show, we’ll have one last review of the final story arc as a whole, including an exploration of whether the arc was about the Siege of Mandalore in name only; extra notes of appreciation for Ahsoka’s stunt double; Mace Windu having had it up to here with everyone and taking it out on Ahsoka for no good reason; and the cliffhangers/unanswered questions left by the ending. Punch it!