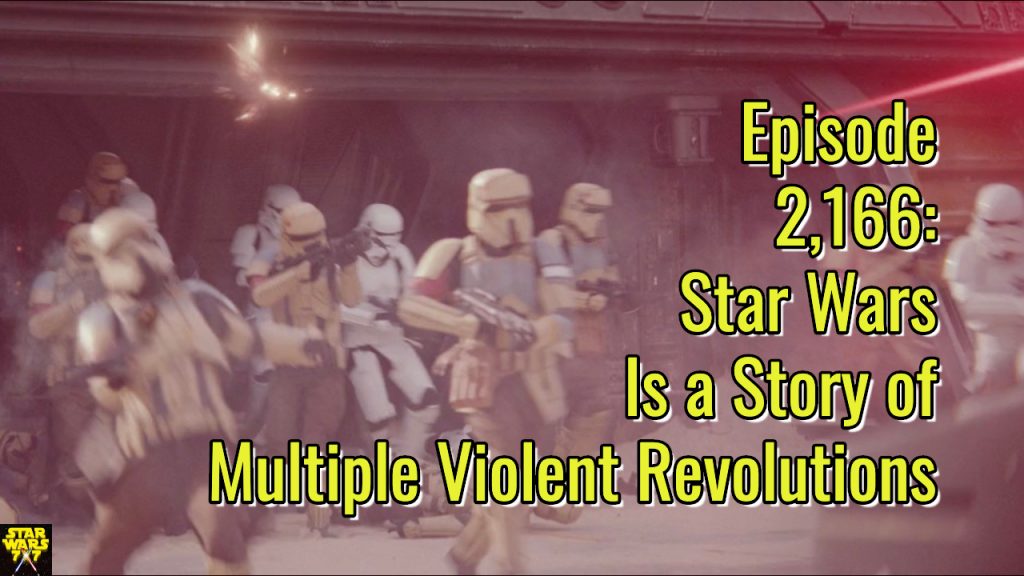 Yes, as Pedro Pascal recently noted, Star Wars succeeds on the strength of its characters and relationships. But…

From the war crimes of the Trade Federation on Naboo, to the Republic’s war with the Confederacy of Independent Systems (essentially a false flag secession leading to the fall of the Republic), and later to rebellions less extreme (Mon Mothma) and more extreme (Saw Gerrera), and still later to the outright destruction of the New Republic by the First Order and its subsequent overthrown by the Resistance and “people,” the Star Wars stories are almost entirely set against the backdrop of violent revolution.

We’ll talk about this today, and about how Star Wars not only draws from real-world history, but also how it may be holding up a mirror to the world in which we live today. Punch it!