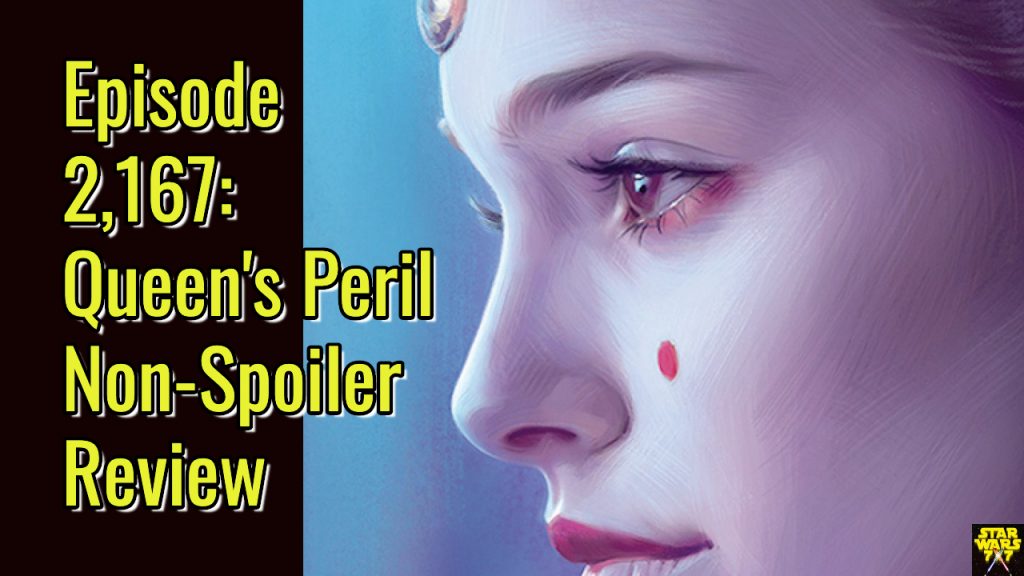 Queen’s Peril, by E.K. Johnston, is the prequel to last year’s Queen’s Shadow, and a breezy read best suited for Padme, handmaiden, and prequel fans. It also does something remarkable – delivers a story about teenage girls learning to bond and achieve in positions of influence, and against the backdrop of major galactic events.

That said, from a plot perspective, nothing of major consequence happens until about two-thirds of the way through the book, when the narrative lines up with the events of The Phantom Menace. That section is where almost all the book’s drama takes place, and while it’s interesting to see some more detailed and occasionally additional perspectives on that chapter of the Skywalker Saga, I do wish Padme and her handmaidens could have had a significant origin-story mission together that didn’t rely on an existing chapter in the canon.

But it is fun, and for completists who are interested in the beginning of Padme’s reign and how the handmaidens came to be a part of her team, there will be plenty of intriguing details to absorb. The book also dallies with interludes featuring a variety of characters, and their actions prior to The Phantom Menace as well.

On today’s show, we’ll wrap up the review, and we’ll dig into the details on subsequent episodes. Punch it!