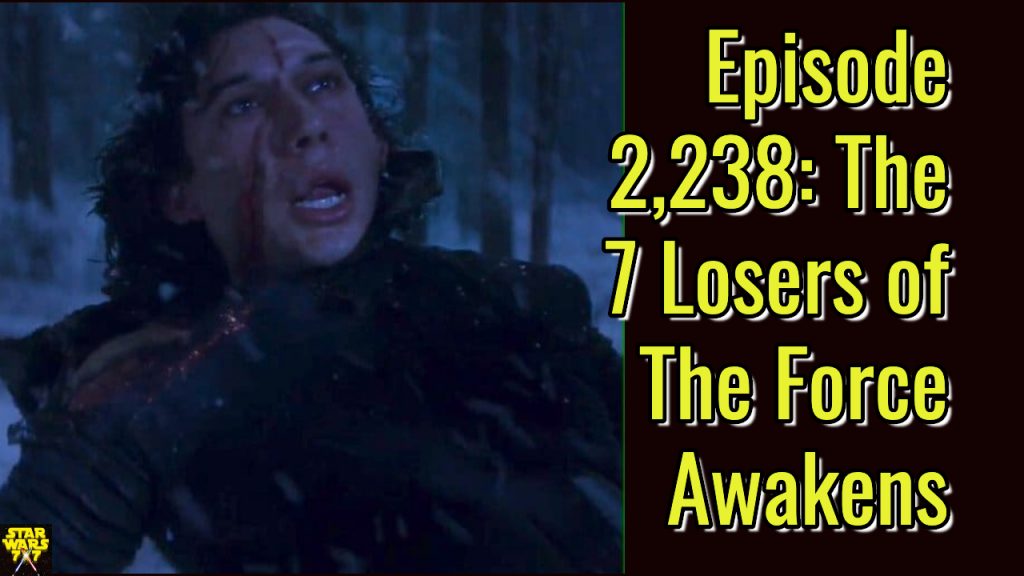 Yesterday, we revived a series that began in 2014, which detailed the seven “winners” and “losers” from each Star Wars movie. At the time, the Sequel Trilogy hadn’t yet appeared in theaters – now that they have, it’s time for the circle to be completed!

We started off with a look at the winners of The Force Awakens, and today, we’re flipping the coin to look at the top seven losers – the characters whose fortunes took the most dramatic turns for the worst. Without revealing the order of the list, here are the seven you’ll hear about on the show today:

I’ll also say that you could easily make a case for swapping who I have at #1 and #3 – in fact, I actually did! After recording the episode, I decided I had it wrong, and re-recorded to flip the two into the order you’ll hear on the episode. But how would YOU order them, or swap and replace? Punch it!