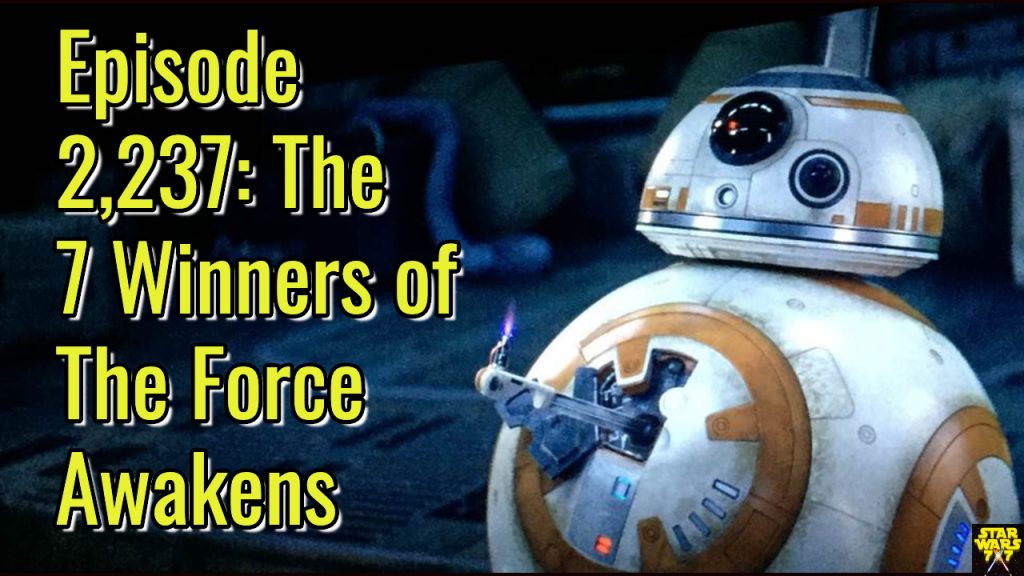 Back in 2014 – when Star Wars 7×7 episodes were two-digit numbers instead of the four-digit numbers they are today – we did a series of looks at the Original Trilogy and Prequel Trilogy movies through an unusual lens. We did episodes about the winners and losers of each movie – specifically, the seven characters whose fortunes were the most improved as the result of the events of a given movie, or alternatively, whose fortunes suffered the most.

To complete the cycle (for the time being, at least), we’re revisiting that series and picking up where we left off, by listing the top seven characters whose fortunes improved as a result of the events of The Force Awakens.

Not to spoil the order in the episode, but alphabetically speaking, here’s who made the winner’s list:

Who took the top spot? How would you rank this list, and who would you add/replace? Punch it!