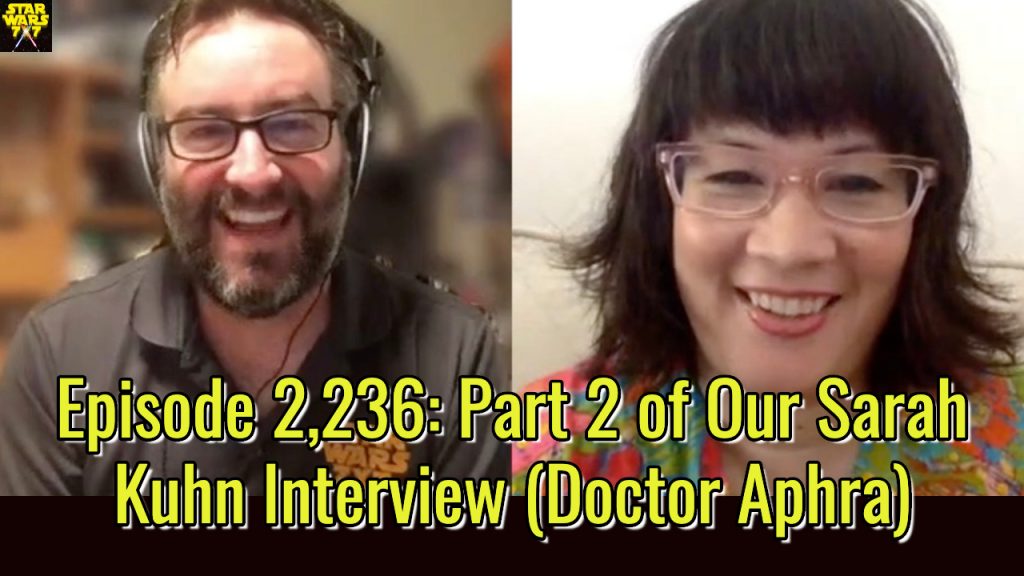 Today, the conclusion of our interview with Sarah Kuhn, author of the Star Wars: Doctor Aphra audiobook exclusive. As a refresher, these are the questions I’d had prepped for her:

And here’s her bio…

So, then, today: the exciting conclusion to the conversation. Punch it!