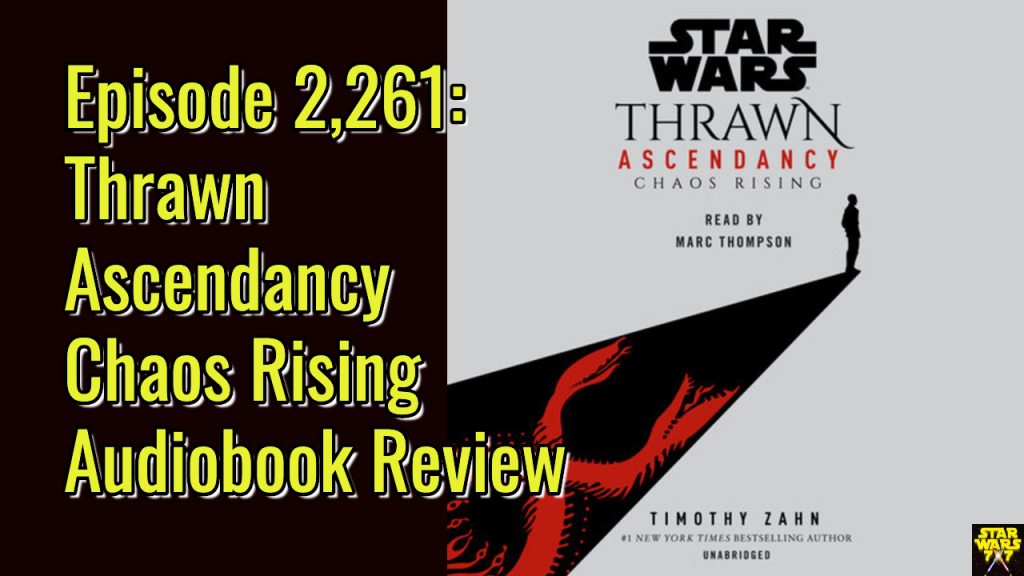 Almost entirely, the audiobook version of every new Star Wars novel is the same as the written version. In fact, I don’t think there’s a single Star Wars novel that has appeared as an “abridged” version in audiobook form.

That said, there are a couple of things about the text version of Star Wars: Thrawn Ascendancy (Book I: Chaos Rising) that don’t appear in the audiobook version. On today’s episode, for the audiobook review of Chaos Rising, I’m going to flag the differences, and discuss how and whether they affect the experience of the story as an audio performance. (Ultimately, there are a couple of things that, if you know them in advance, make for a less confusing experience.)

We’ll also talk briefly about narrator Marc Thompson’s performance as well as the rest of the production, and also about one element that – though small – really has the potential for sending a tingle through your skin. And it’s one I missed when I went through the text version… Punch it!

(And thanks once again to Del Rey and Penguin Random House Audio for sharing advance copies of both versions of the novel with me, to review and talk about with you!)