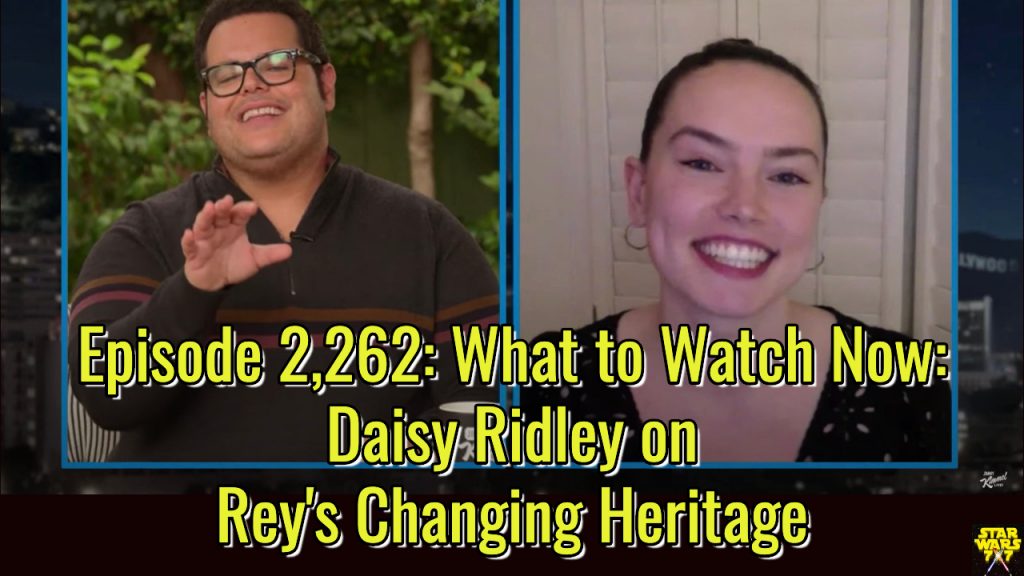 From even before the release of The Force Awakens, Lucasfilm was teasing us about Rey’s identity. One of pre-release commercials featured Maz Kanata and Rey speaking in voiceovers – Rey answering Maz’s identity question by saying “I’m no one.”

Then, it turns out she’s “someone” – a Force user with serious natural ability, and with her potential seemingly unlocked by Kylo Ren.

She continues to insist that she’s a nobody in The Last Jedi, even in the face of Luke Skywalker’s repeated pestering, also supporting the notion that there’s going to be a reveal somewhere. And there is, and it’s the no-one reveal. She’s exactly who she said she is.

Then we have The Rise of Skywalker. And Daisy Ridley herself has had a few things to say about how the story went from her being a nobody to being a capital “S” Somebody in a recent interview. We’re talking about that on the show today, and how those heritage decisions reflect on the development of both the Original and the Sequel Trilogies. Punch it!