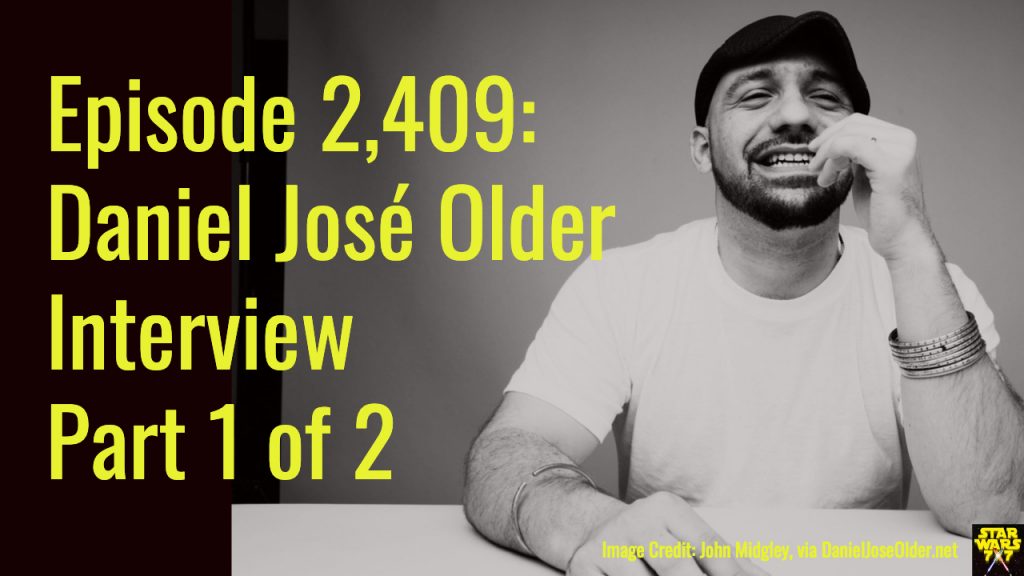 I’m thrilled to finally debut this episode! Daniel and I had this conversation back on January 19th, but since we were talking about his Star Wars: The High Republic Adventures, I needed to hold this until after issue #1 came out, which was earlier this week. Punch it!

So, we’ll start by talk about about the notion of a “lead story architect” (see in his bio), about adapting his writing style for the comics space, and much more…

Daniel José Older, a lead story architect on the Star Wars cross-platform initiative The High Republic, is the New York Times bestselling author of the sci-fi adventure Flood City, the Middle-Grade historical fantasy series Dactyl Hill Squad, The Book of Lost Saints, the Bone Street Rumba urban fantasy series, Star Wars: Last Shot, and the award-winning Young Adult series the Shadowshaper Cypher, which won the International Latino Book Award and was shortlisted for the Kirkus Prize in Young Readers’ Literature, the Andre Norton Award, the Locus, the Mythopoeic Award, and named one of Esquire’s 80 Books Every Person Should Read and one of Time’s best fantasy books of all time. He co-wrote the upcoming graphic novel Death’s Day and writes the monthly IDW comic book series The High Republic Adventures. You can find more info and read about his decade long career as an NYC paramedic at http://danieljoseolder.net/.