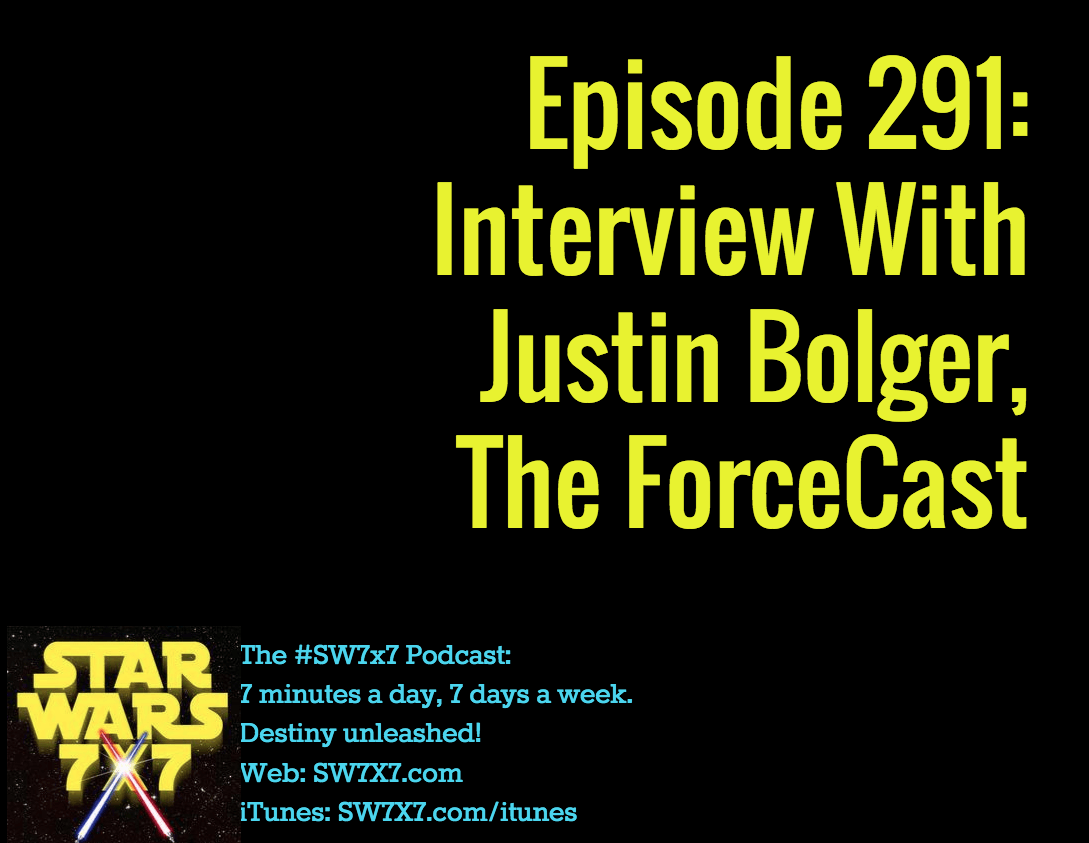 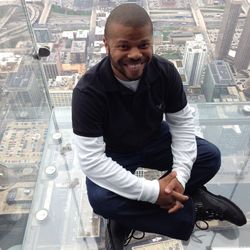 We’re launching into post-Star Wars Celebration week with a series of interviews conducted in the halls and meeting rooms at #SWCA with a bunch of prominent podcasters and fans of the Star Wars universe. Here’s the kickoff – it’s Justin Bolger! Here’s an official bit about him, in case you’re unfamiliar:

Justin Bolger is the lead host of The ForceCast. He also writes literature reviews for TFN. Outside of Star Wars, Bolger writes for the websites Modern Myth Media and TV Equals. He also hosts a number of other podcasts, including Star Wars With Friends, Dead Talks, and Talking Thrones.

You can check out all of his creations at The Apex Fan, and tell him we said “Hi!”

It’s official – Kathleen Kennedy says in her video for the closing ceremonies of Star Wars Celebration that it was the biggest one ever! An estimated 40,000+ fans attended the 4-day event. Get ready to pack your bags for London – that’s where the next Celebration happens, in July 2016! Bet they’re going to get a Rogue One trailer, don’t you? 😉 And maybe an Episode VIII teaser???

Thanks to all the fans for a record breaking 88M views in the first 24 hours of the #TheForceAwakens trailer! #SWCA pic.twitter.com/OsQhyP8rC7

Star Wars: Armada Board Game – click the pic for details and to get yours!

Today’s question: What color are the hyperdrive levers on the Millennium Falcon?