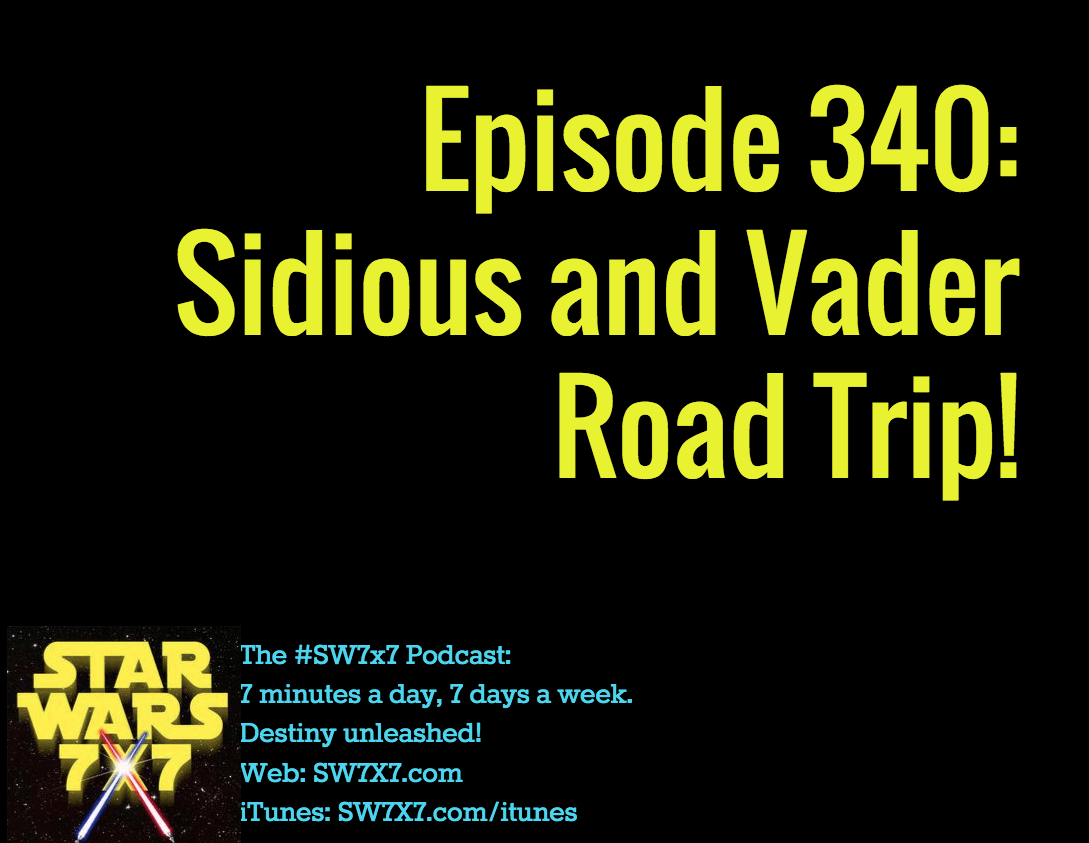 What happens when two wild and crazy Sith lords go on a road trip to Ryloth? Well, not exactly what the Lords of the Sith book jacket says:


With only their lightsabers, the dark side of the Force, and each other to depend on, the two Sith must decide if the brutal bond they share will make them victorious allies or lethal adversaries.

Okay, A) as Star Wars fans, we know “lethal adversaries” isn’t going to happen, and B) spoiler alert – that categorically oversells the situation. There’s one moment where Vader briefly wonders if he should let his master be killed when they’re set upon by vicious creatures, so that he (Vader) could rule the galaxy. Does that make Vader a “lethal adversary”? Not by any stretch of the definition.

That said, the book does a solid job of examining their relationship, and even more significantly, it’s more about Vader’s own descent into the dark side of the Force, and the abandonment (or attempts thereof) to eliminate any trace of his humanity.

Happy birthday, Natalie Portman! Ms. Padme Amidala herself, one of the most gifted actresses of her generation (even if the prequels didn’t highlight that!) is another year older today, and no less appreciated. Sad to hear that Star Wars nearly “ruined her career”, but very grateful that she managed to climb back to the top!

Star Wars Guide to Collectibles – click the pic for details and to get yours!

Yesterday’s answer: The whistle of an R2 unit

Today’s question: What convinced Luke to turn off his targeting computer in the Death Star’s trench?