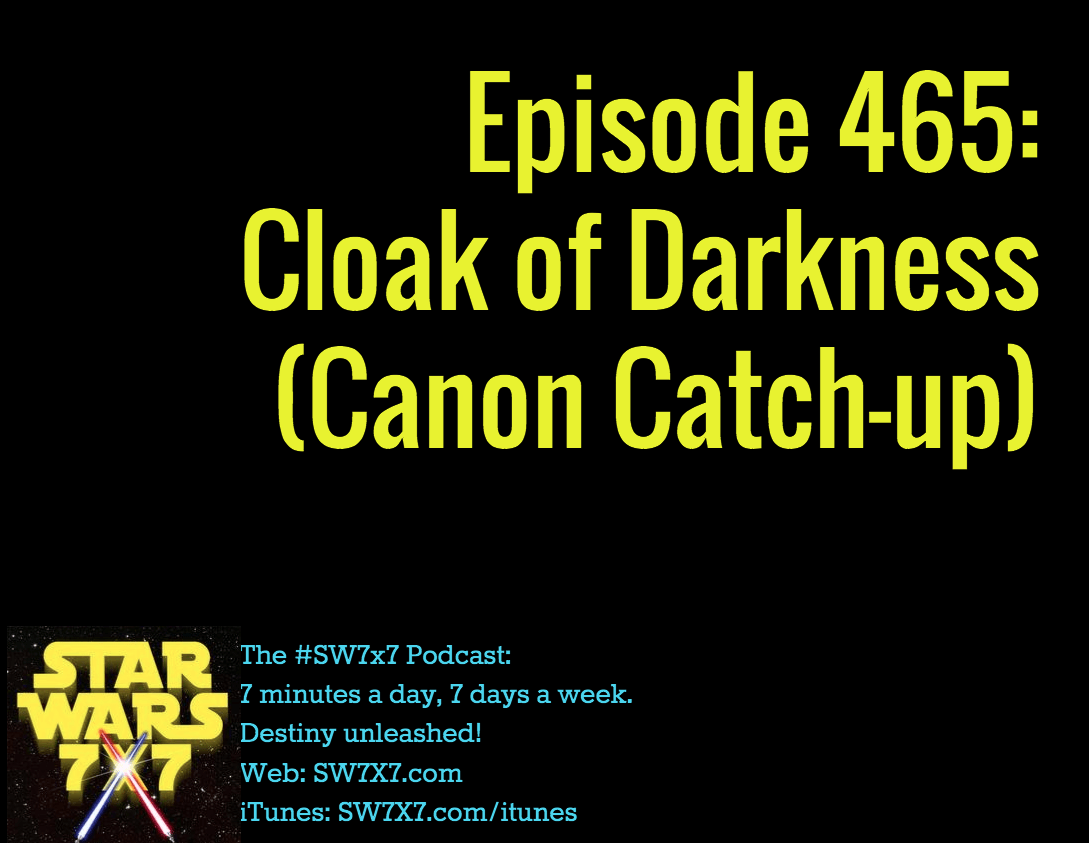 Back into our Canon Catch-up series with “Cloak of Darkness,” the ninth episode from the first season of Star Wars: The Clone Wars! (Image: Lucasfilm, via Wookieepedia)

A very less annoyingly voiced Nute Gunray is being transported to Coruscant to stand trial. Dooku send Asaaj Ventress to rescue or kill him, while being warned she can’t fail any more. But Dooku has a backup plan – he’s bribed Captain Argyus, a Senate Commando, to do the same job. Argyus gets Dooku away on a stolen cruiser, but after sabotaging the main Jedi starship, Ventress boards the stolen cruiser, kills Argyus, and takes Gunray away to points unknown. Unknown, at least, until episode ten.

You can read a longer description of the episode here.

And a few neat notes:

“327” makes its way into the series with a Treadwell robot named 327-T. Though it doesn’t like being called just “327” – it seems C-3PO isn’t the only touchy robot in the Star Wars universe. In fact, there are a lot of overly-sensitive robots in the saga, when you get down to it. Weird, right?

Also, the design touches that evoke the Original Trilogy Empire are pretty cool and subtle. The detention area where Gunray is held is very reminiscent of Leia’s detention block on the first Death Star. And the lighting patterns on the walls and the blast doors of the Jedi ship also echo the first Death Star’s features. It’s a cool way of quietly depicting the gradual slide from the Republic to the Empire.

Today’s question: What was the central weapon on the second Death Star?