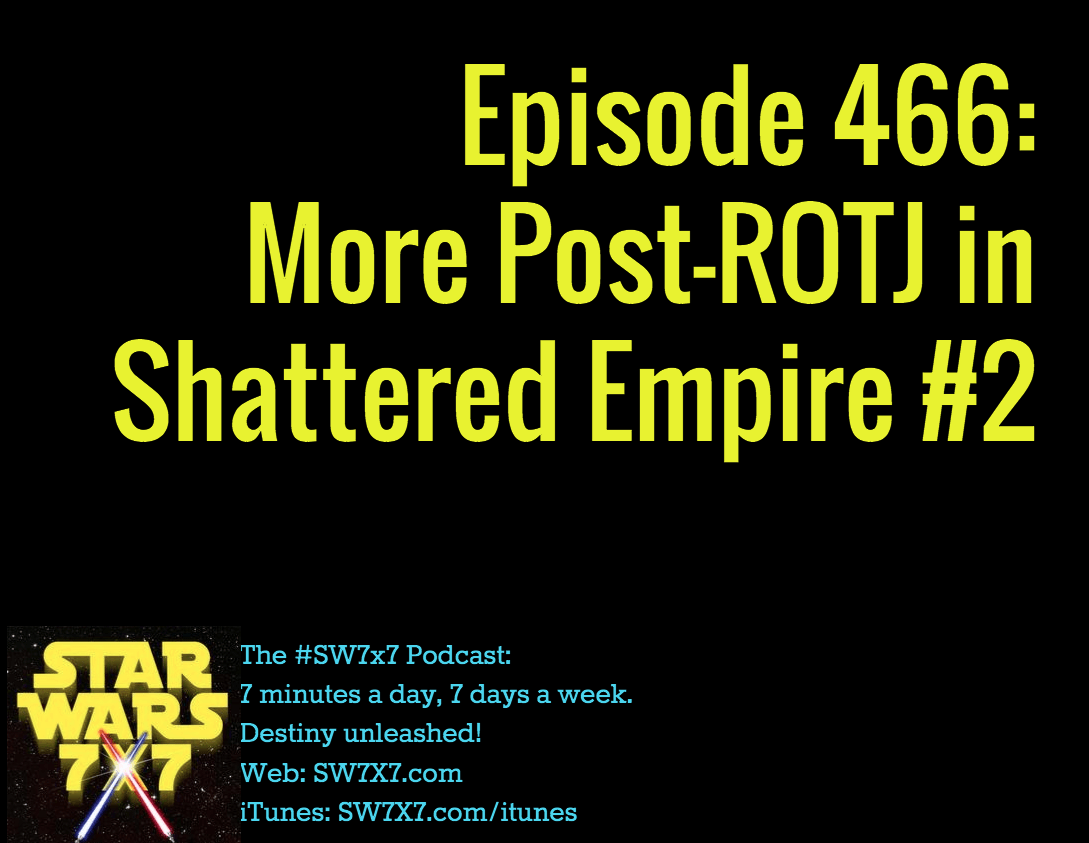 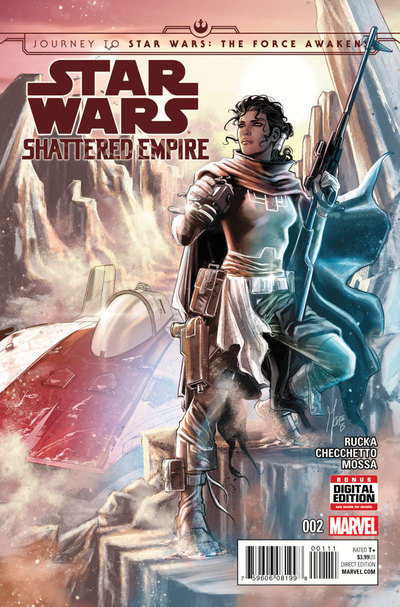 We’re learning more about the post-Return of the Jedi galaxy, thanks to Shattered Empire. If you haven’t heard of it, it’s the comic book series that takes places in the days and weeks after the Battle of Endor.

We’re talking about issue #2 in today’s episode of the podcast, and the new revelations from it. Including messages from the Emperor from beyond the grave; and the first mention of Poe’s existence (confirmed as Shara and Kes’ son, and staying with her father).

Shara goes with Princess Leia to Naboo, where they convince the queen to help them reboot the Galactic Senate. But while they’re there, the Empire shows up to implement Operation Cinder, meant to “scour” Naboo. Seems the Imperials can control the weather and create hurricanes on planets. Crazy!

And there’s a very interesting thing to consider, via an interview with Greg Rucka, the writer of Shattered Empire:

‘The other thing that I tend to look at is propaganda,’ he says. ‘Who controls the airwaves? The Empire does. So, the Rebellion can be jumping up and down, and screaming at the top their lungs, “Palpatine is dead!” But I guarantee you, that message didn’t reach 70 percent of the galaxy. It’s a rumor. It’s a whisper.’

Today’s question: Who first realized that the offspring of Anakin Skywalker could pose a threat to him?