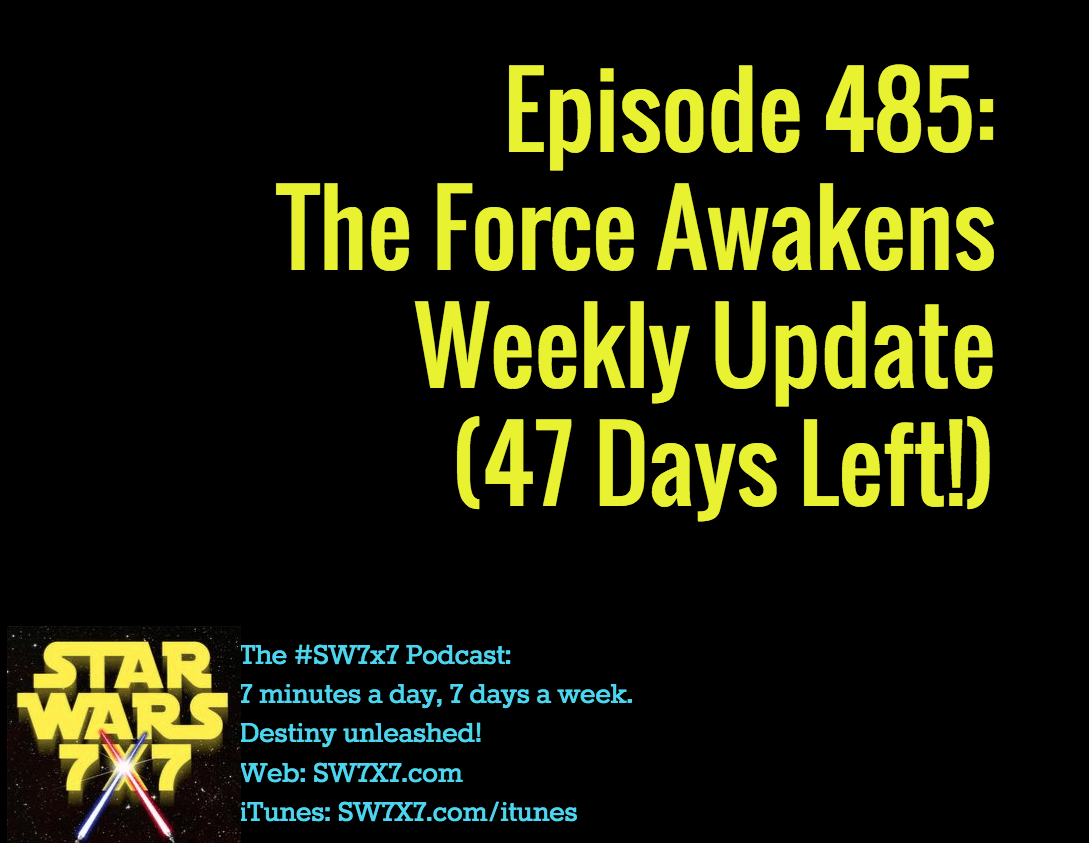 Here we go! Lots of fun interviews and such around The Force Awakens this week…

Duracell commercial shows off C-3PO’s red arm (via Cinema Blend) – note: some have expressed they think there’s a spoiler in the commercial (I’m personally not so sure, especially since it’s a licensor thing), so if all you want to see is Threepio’s red arm, only watch the first 25 seconds of the 1-minute spot at most.

Yesterday’s answer: The dark side

Today’s question: How did Han respond when an Imperial commander asked him for his operator number over an intercom?