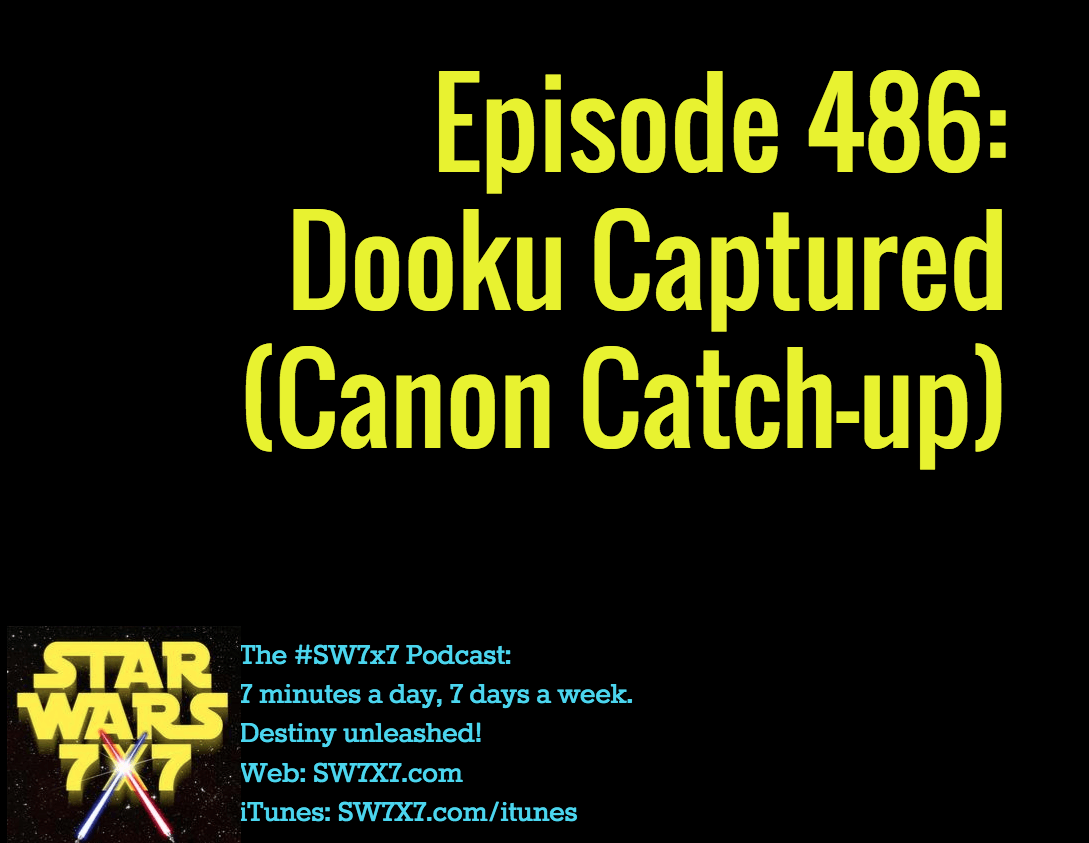 We’re back with our latest installment of the Canon Catch-up series, featuring the fun facts you want to know to stay on top of the Star Wars Canon!

This time, we’re talking about “Dooku Captured,” the 11th episode in the first season of Star Wars: The Clone Wars (picture from the episode by Lucasfilm, via Wookieepedia). Some of the fun bits of note:

1. This is first time we seen a gundark in canon, which Han Solo famously told Luke he (Luke) looked good enough to pull the ears off a gundark. Now we can see how difficult a task that would be!

2. This is also the first appearance of a popular new character, the pirate Hondo Ohnaka, the second after Asajj Ventriss. It’s giving hope that there’s life for the canon outside of the movies in terms of inventing new additions for the Star Wars universe.

3. Ohnaka demands 1 million for Dooku, which is way less than the reward for Princess Leia after the Death Star is blown up (10 million).

4. In sight and sound effects, Ohnaka’s ship is VERY 1950s saucer-spaceshippy, which is amusing on the one hand, but did give me that “pulled out of it” feeling.

5. They’re going to send Binks with the reward money, which cannot bode well for the next episode.

6. Dooku, trussed up like he had Obi-Wan in Attack of the Clones, warns Obi-Wan and Anakin not to trust the Weequay pirates. But why would that be in Dooku’s best interests, warning them as such? They’re able to dodge the drugged drinks as a result…

Yesterday’s answer: He blasted the intercom.

Today’s question: Who was the first Rebel to infiltrate Jabba’s palace?