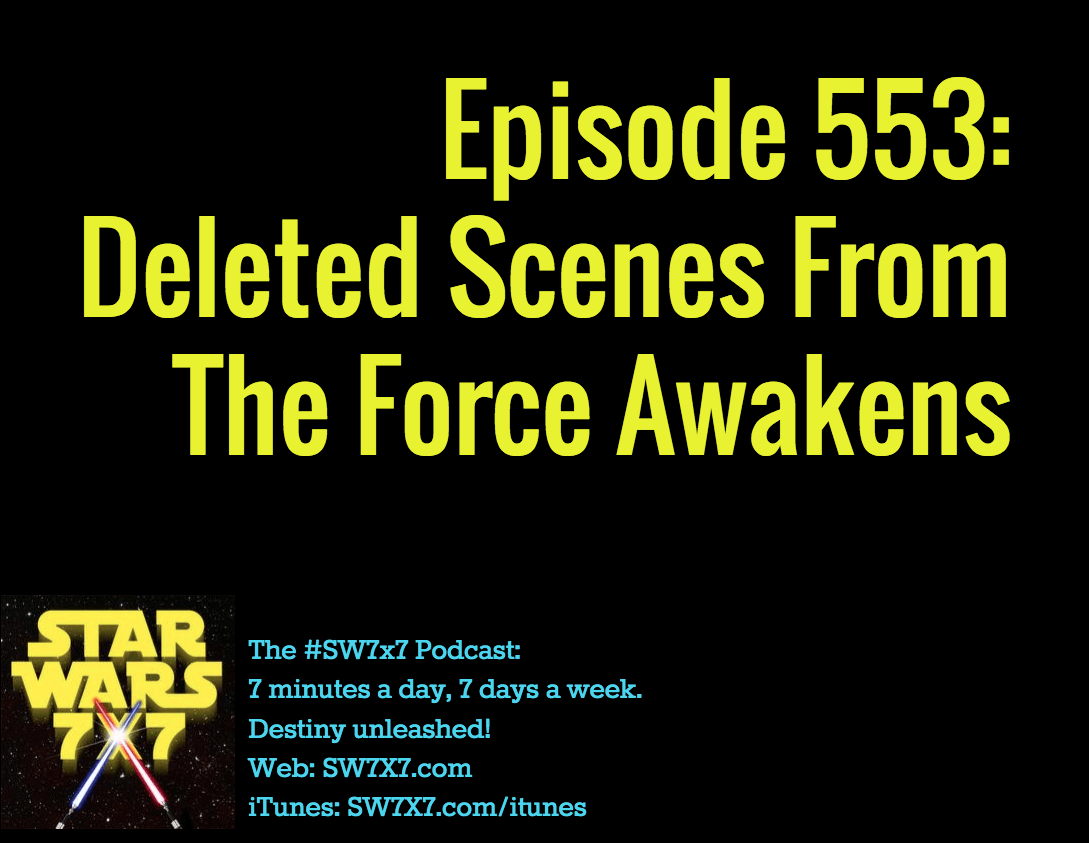 There’s a fantastic article on /Film about 20 deleted scenes from The Force Awakens to check out. A lot of the scenes are brought to light by the novelization, which was drawn from the final shooting script, and a few others come from other sources (including The Force Awakens Visual Dictionary).

We’re discussing some of those scenes in the podcast today, as well as whether deleted scenes are, in fact, canon. It used to be, before the April 2014 revision, that deleted scenes were “G-canon” (the highest level) as long as they didn’t contradict what happened on screen in the final version of the movie. “Final” being a bit of a joke, considering it’s George Lucas we’re talking about here. 🙂

That said, the Associated Press did an interview with J.J. Abrams, where among other things they asked about a directors’ cut or some other version that might include deleted scenes, and this was his response:

I’m not a huge fan of directors’ cuts and modifications to a movie … I feel the movie that comes out is the movie that should be the intended final product.

And somewhere, millions of Star Wars fans sighed in relief.

Today’s question: Who is Rey left in the custody of on Jakku as a little girl?

Previous Post: Episode 552: So What, and Now What? The Force Awakens #1 All-Time Domestic Box Office
Next Post: Episode 554: The Rainy Massacre – New Questions and Answers