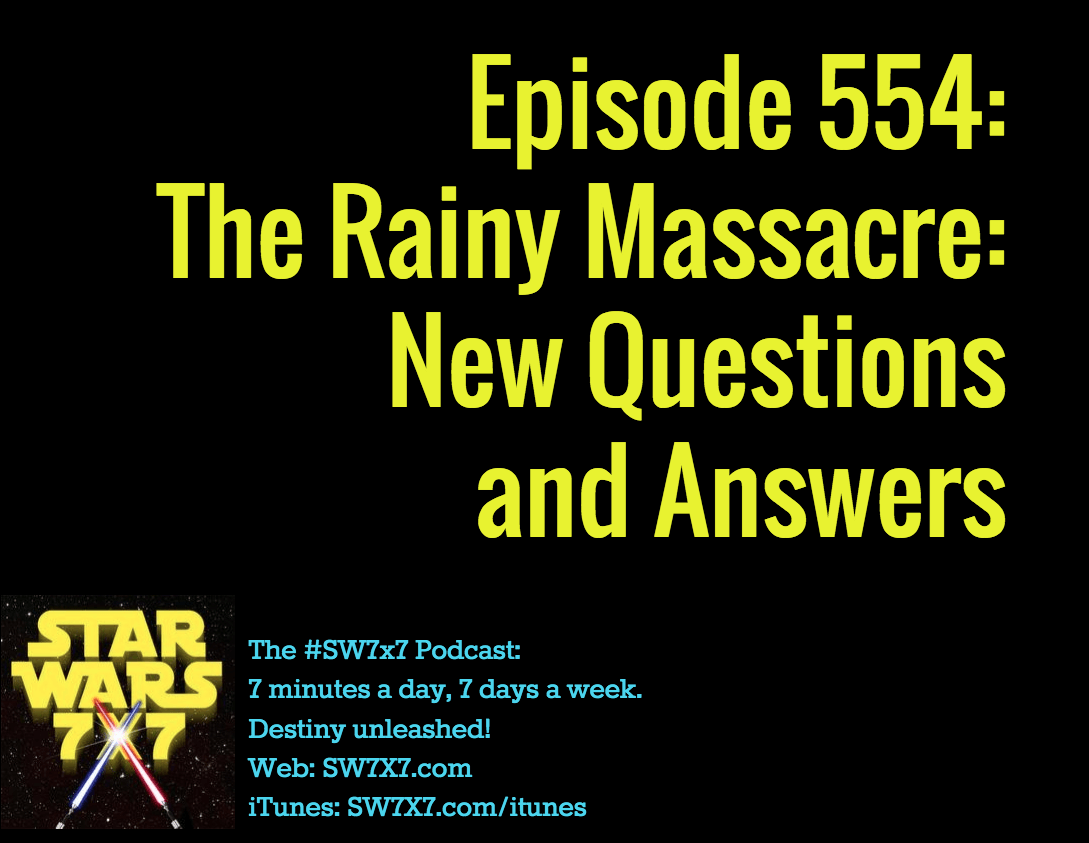 So there’s a very compelling case being made for us to rethink one of the flashback scenes from The Force Awakens, inspired by a question to Pablo Hidalgo on Twitter and expanded upon in a piece on Movie Pilot by Eleanor Tremeer, about how the scene in the rain isn’t actually a massacre at Luke’s burgeoning Jedi Academy.

According to the tweet quoted in that article, Hidalgo says:

Now that the script’s out – It’s somewhere else. Production identified that warrior as ‘clan leader’.

“The script” being the shooting script from The Force Awakens. And by looking more closely at the shadowy figure being run through by Kylo Ren, Tremeer sugests that his/her costume looks very much like Constable Zuvio’s, whose scenes were cut out of TFA. But other appear dressed like him in publicity photos for the movie, so it’s possible that other members of Zuvio’s race were being killed in the flashback, and that Luke had been there to either witness it or fight it.

So, what do YOU think about this? What are we really seeing in this rainy scene? Have your say in the comments!

Today’s question: What the name of the planet with the hidden Resistance base?