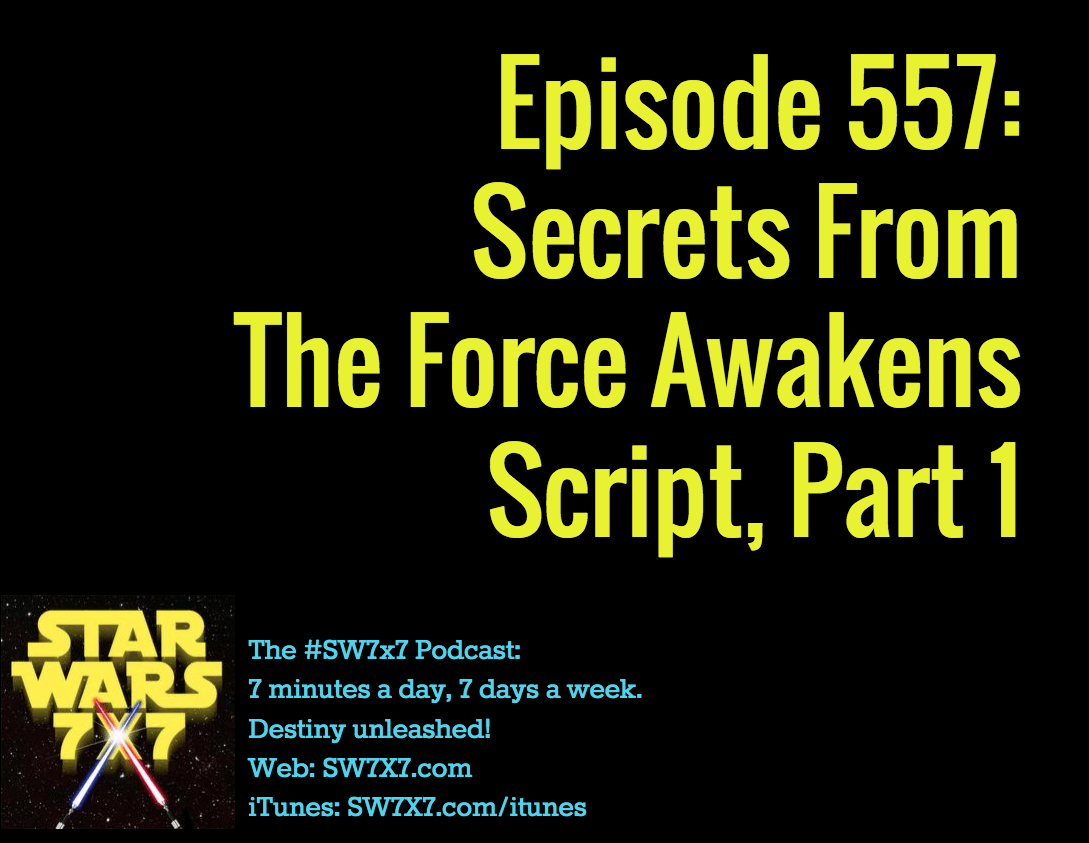 It’s the first in our series where we take a deep dive into the shooting script for Star Wars: The Force Awakens, and share details to enhance your next viewings of the movie, as well as scenes included in the script that didn’t make it into the final cut of the movie!

Today, we’re talking about the first 7.5 pages, including a cut scene with a stormtrooper inside Poe’s X-wing, a missed dialogue echo for the Original Trilogy, Poe’s age, the wingspan of Kylo Ren’s command shuttle, and more.

Today’s question: Similar to yesterday’s: What’s the name of the leader of Kanjiklub, who also comes to confront Han and Chewie about the loan to them?