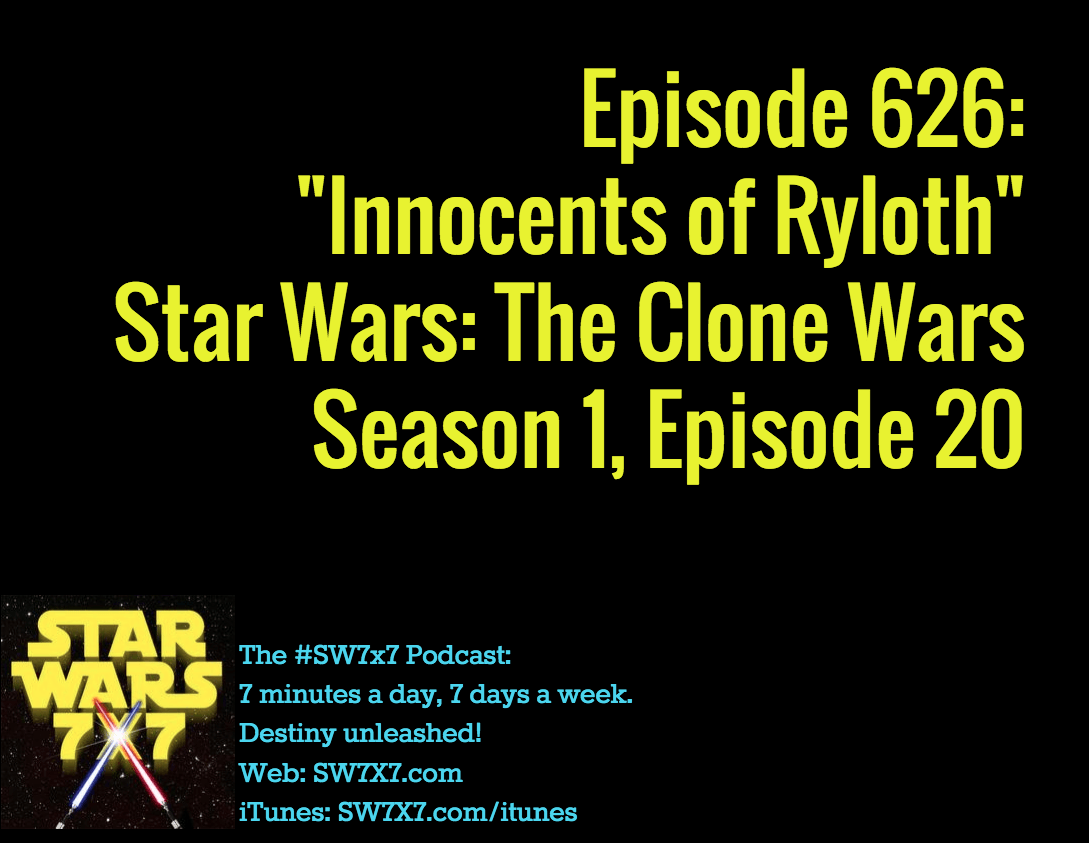 Welcome to another episode in our look back at the Star Wars: The Clone Wars cartoon series! Today, it’s episode 20 of season 1, “Innocents of Ryloth,” which is also the second of a three-episode “Battle of Ryloth” story arc. (Photo via Wookieepedia)

In short, having busted the outer space blockade, Republic assault ships try to land but are repelled by Separatist “proton cannons” operated by battle droids. So Obi-Wan Kenobi and a bunch of clone troops have to land further away in gunships and get to the center of town to destroy the proton cannons and free the imprisoned Twi’leks, who are being used as “living shields” to prevent an aerial assault.

In the meantime, we get our first official look at “Ghost Company,” a clone trooper company from the 212th Attack Battalion. This is same group that accompanied Obi-Wan to Utapau in Revenge of the Sith, and subsequently tried to murder Obi-Wan when Order 66 was executed.

As for Clone Commander Cody, the leader of Ghost Company, he manages to find and return Obi-Wan’s lightsaber to him at one point – which he also does in Revenge of the Sith. So if I were Obi-Wan, I’d stop giving Anakin so much grief about losing his lightsaber. Obi’s not much better.

The episode is also notable for giving us a first look at what would eventually become the probe droid we see in The Empire Strikes Back. Except in this case, it has four legs instead of five, and it has foot pads on which it can land and crawl around, too. Pretty useful!

Now it’s your turn – do you remember this episode? What did you think of it? Share your thoughts in the comments!

Yesterday’s answer: She cleans them up

Today’s question: What part of the galaxy is Starkiller Base located in?