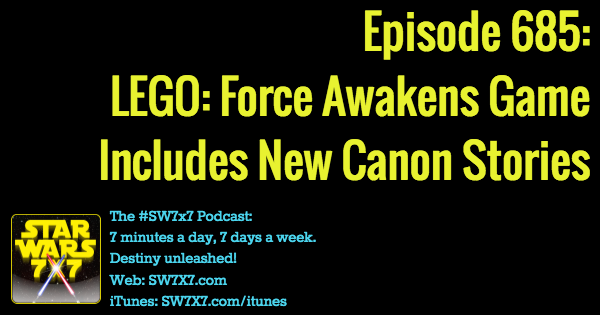 Now that we’ve looked at the little LEGO short stories over the last couple of episodes, it’s time we moved on to consider the game itself: LEGO Star Wars: The Force Awakens.

Based on interviews with people from TT Fusion (the LEGO gamemakers), it’s turning out that the game is, in fact, canon to some high-level degree! First off, they’ll have six new stories that act as “bridge content,” which centers on events that happen before The Force Awakens. From game director Jamie Eden:

I couldn’t believe that we were going to get to make our own content that was going to be part of the Star Wars universe. We tell the story through the sort of Lego viewpoint as well, so the crux of the story is what happens is true to the IP, obviously we put gags in with characters holding sausages or riding around on pigs, et cetera.

And from Mike Taylor, the head of design at TT Fusion:

We’ve covered – or are in the process of covering – some pretty significant events that happen before the film that give people more information about why certain things in The Force Awakens happened and why certain characters have ended up where they are. 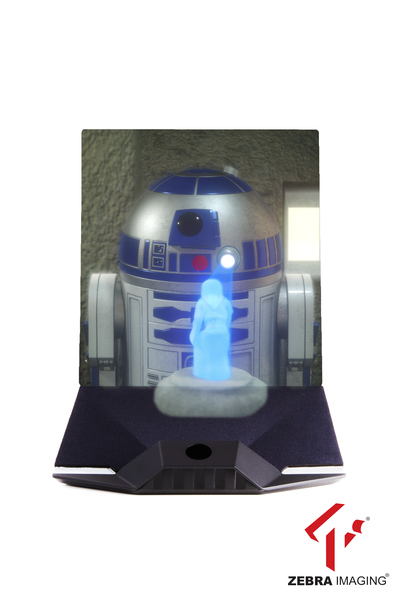 Check out the trailer for these “New Adventures,” and listen in on the podcast as we discuss the implications!

This podcast is brought to by the 3D Star Wars Holograms from Zebra Imaging. For 20 years, Zebra Imaging has been creating the world’s most advanced and innovative digital holographs. Now, they’ve teamed up with Lucasfilm and taken that expertise to create something you’ve never seen before.

This one especially, with R2-D2 projecting the message from Princess Leia, is not just tailor made for the hologram treatment – it’s one of the most iconic moments of the saga, and it’s finally been captured it a way that does the scene justice. Check out this and other Star Wars holograms right here!

Today’s question: What artifact does Rey try out after her dinner on Jakku?