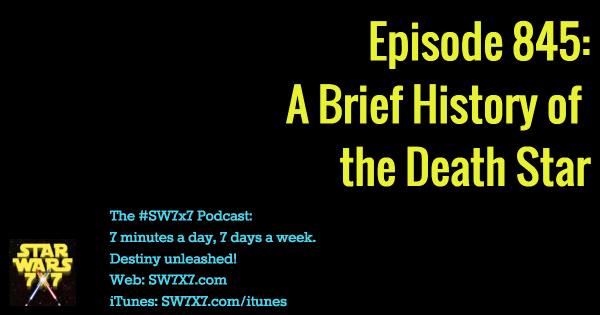 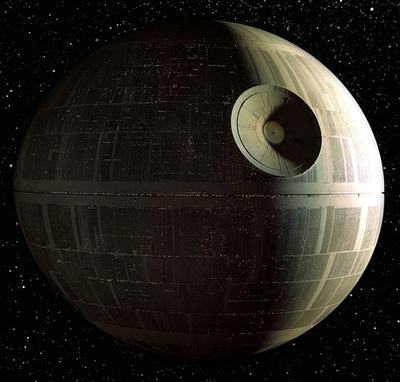 It’s all gettting clearer now … the secret history of the Death Star is being revealed to us in stages. Here’s a good summary of what we know now, thanks to Wookieepedia.

I’m going over the evidence we have, including the connection I missed last week about why it seemed that the Republic under Palpatine was running a parallel Death Star project to the one the Geonosians had been developing before the end of the Clone Wars and the fall of the Republic.

And: where did the Death Star go after it left Geonosis? That’s the big question right now, and Rogue One has some answers. Star Wars: Catalyst: A Rogue One Novel will likely have more of them when it comes out next month, too. But I’ve got some ideas for you, and I want to hear yours in the comments!

Yesterday’s answer: Throw them in a pod and drop them on the nearest inhabited planet

Today’s question: Who did we see arrive first – the Guavian Death Gang or Kanjiklub?