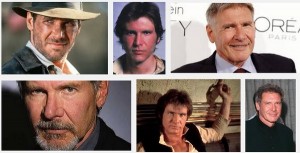 Happy birthday and get well soon to Harrison Ford! Your favorite scoundrel/pirate/nerf-herder turns 72 today. How do you feel about seeing Han Solo as a grandfather in the new movies? (That’s not a spoiler – I’m just guessing.) Have your say in the comments!

Retweet this and win a free trip to the Death Star

So maybe you’re a “Deep Fan” already and you’re connected to a bunch of different fan sites, blogs, and forums.

And I think I speak for a lot of folks when I say that I almost get a bit of a complex about it. Because there’s a part of me that wants to go deep down that rabbit hole. But there are two big reasons that have prevented me in the past. One is the value of my time, and the other is what I’d find in those forums.

In my professional life, people tell me how they feel that social media can take over hours and hours of their lives, for no purpose whatsoever. Which is a whole separate conversation. But it’s similar to how I’ve felt about Star Wars in general, and about fan forums in specific, for many years.

Don’t get me wrong about this. I’m not saying the forums are a waste of time at all, nor am I saying that the people participating in them are wasting their time. Far from it. What I’m saying is that for a long time, I couldn’t justify the time spent indulging in the joy that Star Wars brings me. It was nice to like it and all, but possibly weird to other people whose opinions you cared about. Have you ever felt like that? Like it was something you were supposed to leave in the past?

It wasn’t anything that anyone “put” on me, it was something I’d done to myself.

The other part of it was that, for a long time, some of those forums could be really rough. It’s one thing to have a debate about how long Luke was on Dagobah – not in screen time, but in real time, was it a couple of weeks, a couple of months, or what? It would have to have been a significant amount of time for Luke to train enough to even think about having a chance in heck fighting against Vader…unless he was just being reckless and going there with next to no training?

And on and on and on, and the point is, in the dark times, discussions like this got personal and heated and insulting. Especially on old school forums and bulletin boards, where anonymity gives some people a license to let their Sith flag fly. That’s not just a Star Wars thing, of course, that’s pretty much any message board, forum, or commenting system where you can post anonymously.

As I’ve been opening back up to my own Star Wars fandom, I’ve been looking over the communities again. Because it’s not a waste of time, and it never was. You know why? Because it brings people joy, capital J-O-Y joy. Like I’ve said before, Star Wars belongs to you and me now, and fan communities organizing online allow you and I to celebrate our passion for Star Wars in our own unique and specific ways. And as I’m discovering, moderators of these communities are now very adamant about preventing bad behavior and creating a welcoming environment for participants, experts and newbies alike. Anything that brings people fill their wells with joy the way Star Wars does has to be a good thing.

This week, I’m going to be sharing some of the fun stuff I’m learning as I explore the fan community world, and thanks in advance for taking the ride with me.