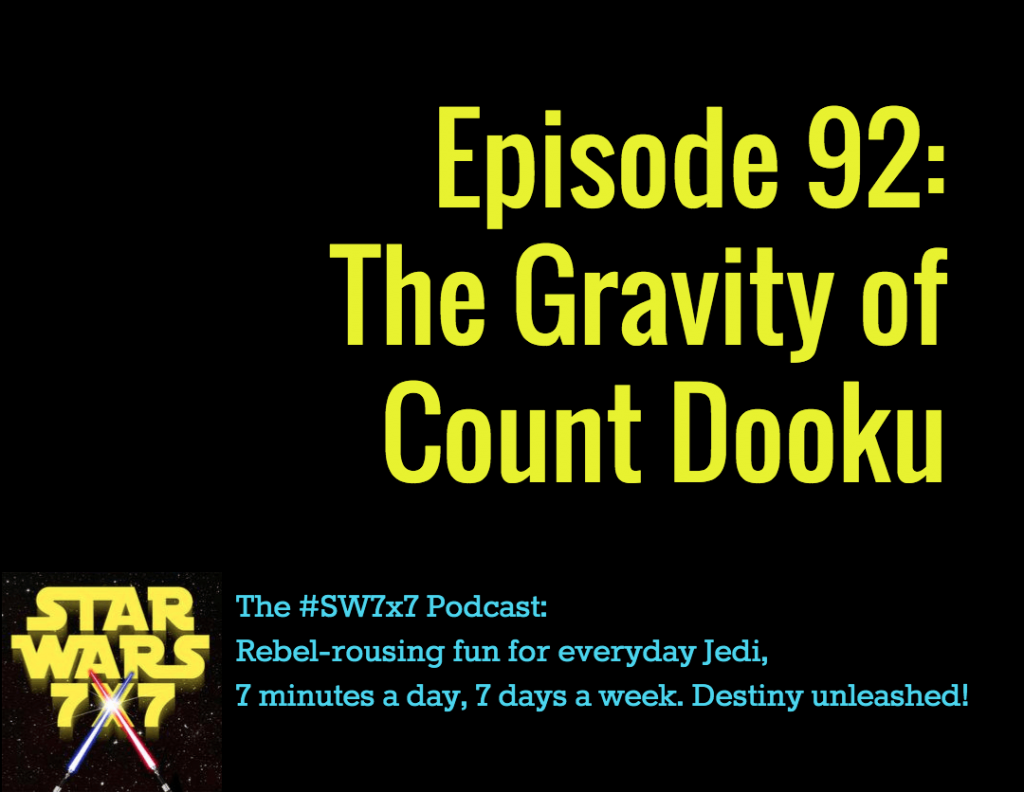 Actually, Christopher Lee is going to go down in history as one of the best actors of villains the history of film. Between his role as Saruman in the Lord of the Rings and Hobbit movies, Count Dooku for the prequel trilogy, and Dracula for the Hammer Horror films. Heck, he almost was Magneto in the X-Men movies, but lost that to his Lord of the Rings castmate, Ian McKellan. Another old white guy villain, incidentally.

But I digress. So, Palpatine loses his apprentice Darth Maul at the end of The Phantom Menace, so naturally, he’s going to need another one. And one of the cool things about Attack of the Clones is that we get that last little reveal that Dooku is, in fact, the new apprentice. I’ll get to that part in more detail in a moment. But as an audience, we’re intentionally misled by the information we’re given about Dooku. He’s a Jedi who left the order, and who is now leading a separatist movement. It’s kind of a revolutionary idea inside the canon to introduce someone who’s left the Order. Up until then, if you were Force-sensitive, you were either a Jedi or…not. Because the Sith allegedly hadn’t been around for a thousand years, so you couldn’t be Force-sensitive and be anything but a Jedi.

Now, I must admit to not having read a lot of the now non-canon novels and comics, so if Jedi were leaving the Order in droves before 2002, I hadn’t heard about it. And if there were a lot of Force-sensitive creatures roaming about the galaxy that hadn’t been trained as Jedi, I didn’t know that, either. I was living in the land that we kind of live in now, where the movies and cartoons (and a new novel) are the only things considered canon. Wow, it’s like I could see the future! Leia was the only character in the story who was (or should have been) Force-sensitive and not trained.

Back to Dooku, though. One of the best scenes in Attack of the Clones is the conversation Dooku has with Obi-Wan Kenobi, where Dooku says to Obi-Wan, “What if I told you that the Republic was now under the control of a dark lord of the Sith?” Another masterful stroke of misdirection – both as a story point in the movie, and one that pulls the wool over the eyes of the audience.

Now, in context, everyone who’s seen the original trilogy, watching Attack of the Clones in 2002, knows that there’s such as the Clone Wars, and knows that Palpatine is the eventual Emperor, and is darn sure that the mysterious Darth Sidious is, in fact, Palpatine. And we all know how things turn out – that Anakin eventually becomes Vader, and the Republic becomes the Empire. So Attack of the Clones as a movie has a very big job to do, and it all rests on Christopher Lee’s shoulders as Dooku. Because when we get the reveal at the end that the Separatist movement is a sham, and Dooku is in league with Sidious…well, like I said, it’s not like I didn’t know that the Republic was going to fall, but in that moment at the end of the movie where Dooku meets up with Sidious, that was the moment in theater for me when I went, “Oh *bleep*.” Because now I could see how it was all going to go down, and how hopeless it would be to stop it. For me, that sort of non-twist twist is one of the things that makes me a fan of Attack of the Clones.

It’s just such a shame that he had to be killed right off the bat in Revenge of the Sith. His expression is priceless, though, the moment Palpatine tells Anakin to kill him. It’s probably exactly what Vader looked like under his mask when the Millennium Falcon showed up at the Death Star Trench. “What?!” I would have liked to have a little more of him, personally. One of the best things about actors like Lee is the gravity they bring, not just to the roles they play, but to the entire production itself as a result.

Surprising or little known Star Wars tidbits, sometimes related to today’s Force Feature.
So Star Wars Rebels premiered last night, and there was a Sienar Fleet Systems mural depicted in there, a version of which was online at SienarFleetSystems.com. But now, that image online has been defaced, apparently by Sabine, as you can see here.

Go behind the scenes of #StarWarsRebels: Spark of Rebellion with the first episode of our new series #RebelsRecon! https://t.co/lbbNvOiw8I

Yesterday’s answer: Obi-Wan, and the thing that Vader does is tap his foot on Ben’s robes as if he’s puzzled about where Ben went. Because Vader was brought up as a Jedi, you’d think he’d have known about Jedi disappearing instead of just falling to the ground. So if Lucas had made the prequels first, maybe Vader wouldn’t have toe-tapped in A New Hope.

Today’s question: Who alerted fellow Rebel fighters at the second Death Star to an Imperial squad at point 06?