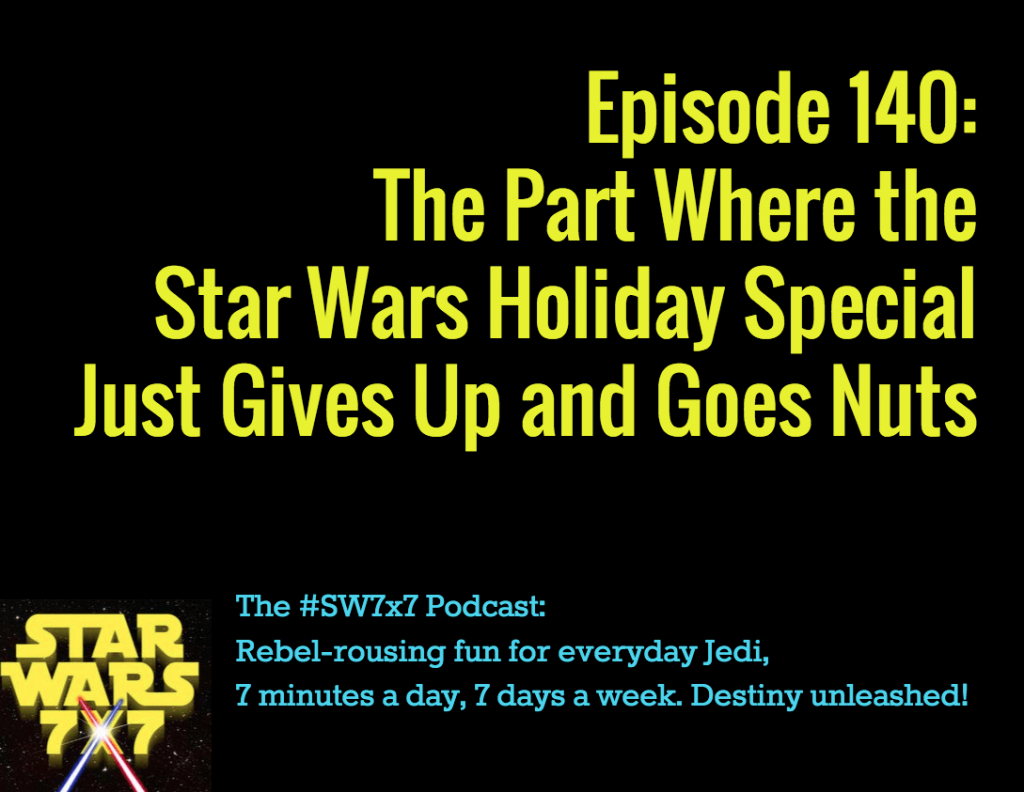 After the long and boring part, and the awkward and uncomfortable part, and then the flash of brilliance amidst the badly acted part, the Star Wars Holiday Special finally loses its darn mind and gives into chaos. Specifically, Bea Arthur running the Mos Eisley cantina and singing a song to try to get the cantina patrons to leave because martial law has been imposed – to say nothing about Bea Arthur’s singing, which should have driven anyone away. Plus, Harvey Korman yet again, this time as a creepy alien stalker in love with Bea Arthur, and a giant drinking hole in his head.


Then Han Solo does a sweet soft shoe move to fake out a stormtrooper, getting him to trip over a conveniently place stack of logs and take a long Wilhelm-scream-accompanied fall. And finally, the reunited Wookiees magically conjure red robes and walk through space (in spirit form?) into a bright white light, which leads to the Tree of Life, and a song from Princess Leia herself, Carrie Fisher.

And then, thank the merciful Force, it’s over. All that said, I’m still glad I watched it again, but oh, boy, I don’t think I’ll ever need to revisit it. Unless it’s to show the kids and blow their minds with it. 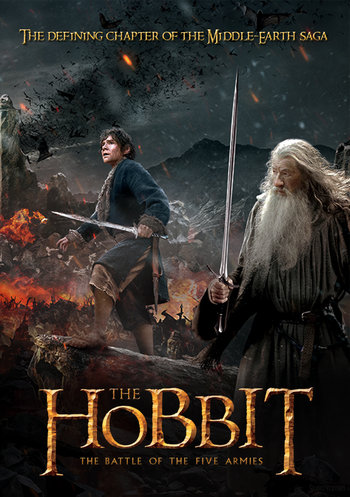 New rumors abound? Some now say The Force Awakens trailer will debut with The Hobbit: The Battle of Five Armies. Others say it won’t debut, it’ll just be attached to it. Either way, will you go see it on the big screen if you can? Tweet us “Yes!” or “No!”

Today’s question: Who did Jabba call a “weak-minded fool”?