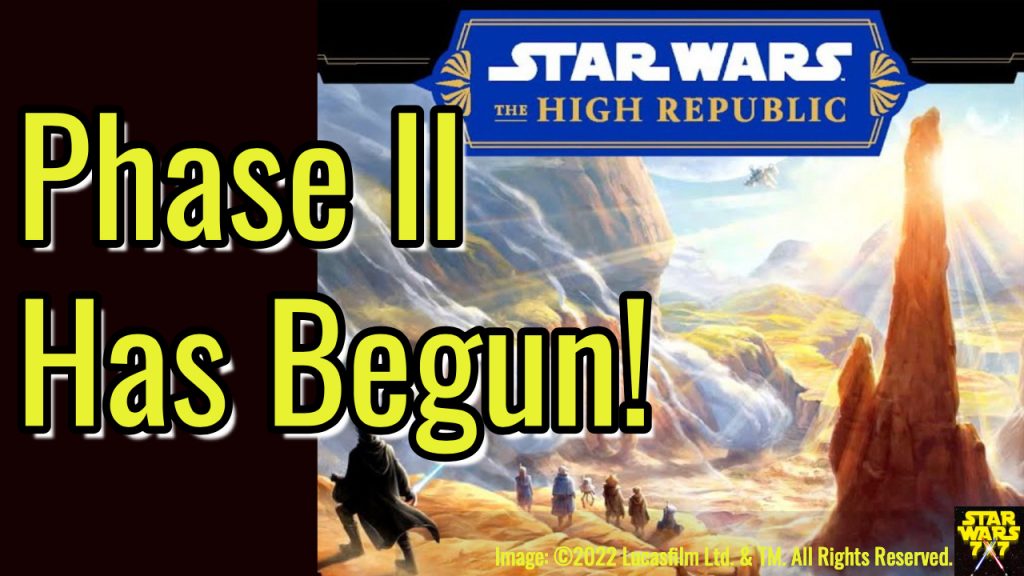 “New Prospects” by George Mann is the first published story in Phase II of The High Republic, with a Cheers-meets-Maz’s vibe and what appear to be a lot of little clues to what’s coming in this time period. Punch it!

And thank you once more for sharing, liking, and retweeting the questions I’ve been proposing for a Mark Hamill conversation. If there’s any you’ve missed, they’re all here, and the final one will be posted on Twitter later today!

Here’s my proposed question 6 for a dream interview with @markhamill – yes, let’s talk about the “now” things to help get the word out! https://t.co/0lcSdfWQes pic.twitter.com/vPzLkTfYnh

Here’s a multi-part proposed fifth interview question for @MarkHamill! Did you know that he’s acted in multiple plays on Broadway? True dish! Wouldn’t you love to hear him talk about that a bit??? I know I would… pic.twitter.com/DXEfMhtuWx

For the 3,000th episode of the podcast (9/20/2022), I’d be over-the-moon thrilled to interview @markhamill – and this is my proposed second question for the conversation… https://t.co/BKpsnVk1th pic.twitter.com/fu4E9CB2PP