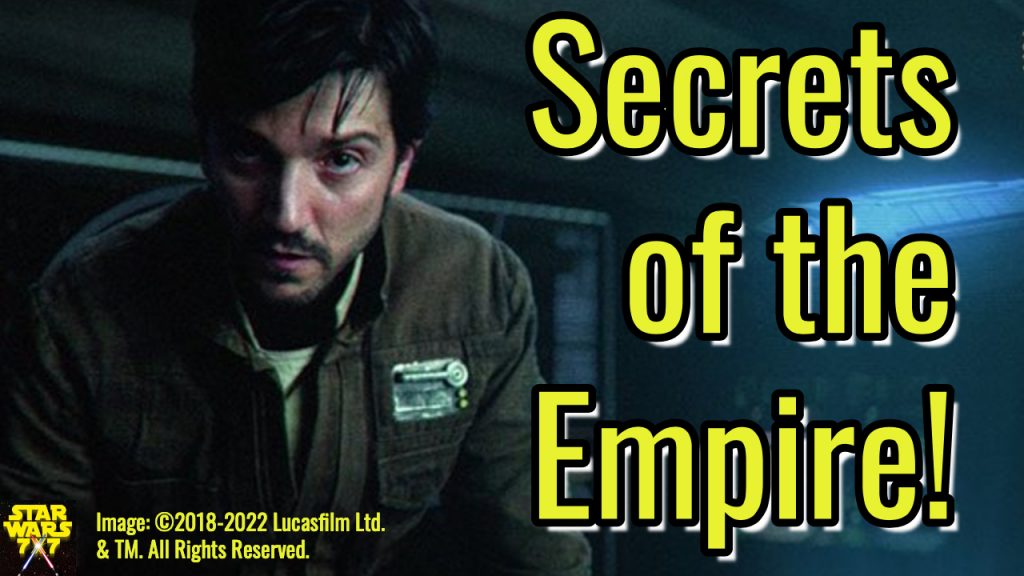 It’s an Andor Monday once again! Cassian only has a cameo in the Secrets of the Empire virtual reality experience, but the mission itself – and where it takes place in the timeline – suggests that Cassian goes very far in the Rebellion in a short period of time. Punch it!

I don’t do a full-spoiler situation of the Secrets of the Empire experience, but if you want that, you can hear it at Episode 1,330 of the podcast:
https://sw7x7.com/episode-1330-secrets-empire-full-spoiler-story-details/

Also, here are all seven proposed interview questions for Mark Hamill! And thank you once more for continuing to share these, like and retweet them, and keep building the awareness for the possibility of having this conversation. I’d love to bring it to you, and I hope you’ve been intrigued by the questions as well!

Here it is: the 7th and final proposed question for what I hope will be a deep and meaningful career-spanning conversation with @MarkHamill – if he will say “Yes!” to joining me for it. (Mark, I think your fans would love to hear the answers to these questions!!!) pic.twitter.com/6vlnVuFsMV

Here’s my proposed question 6 for a dream interview with @markhamill – yes, let’s talk about the “now” things to help get the word out! https://t.co/0lcSdfWQes pic.twitter.com/vPzLkTfYnh

Here’s a multi-part proposed fifth interview question for @MarkHamill! Did you know that he’s acted in multiple plays on Broadway? True dish! Wouldn’t you love to hear him talk about that a bit??? I know I would… pic.twitter.com/DXEfMhtuWx

For the 3,000th episode of the podcast (9/20/2022), I’d be over-the-moon thrilled to interview @markhamill – and this is my proposed second question for the conversation… https://t.co/BKpsnVk1th pic.twitter.com/fu4E9CB2PP