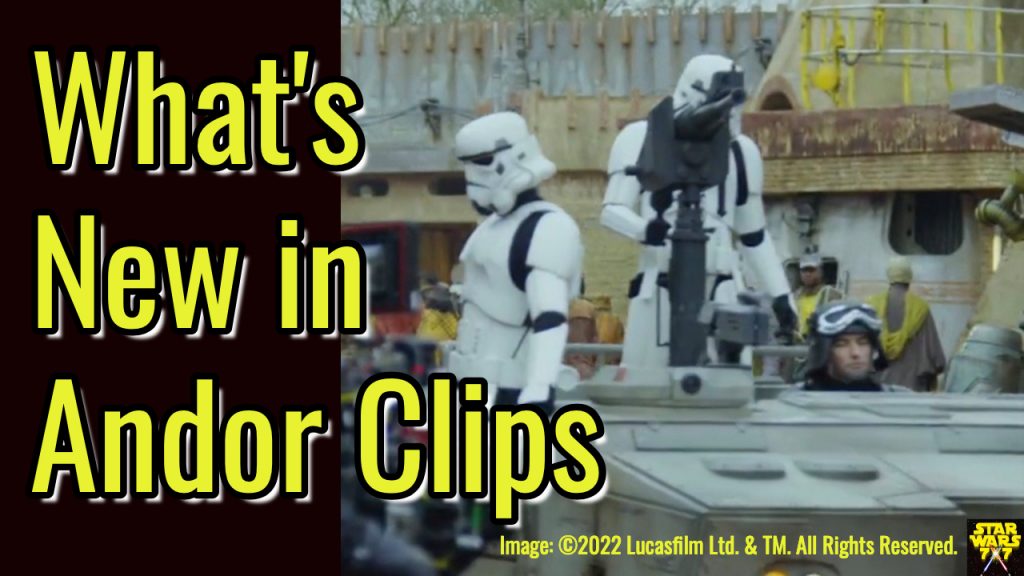 A whole host of clips and commercials for Andor have appeared in social media, but most of them feature footage we’ve already seen. We’ll flag what’s new on today’s episode. Punch it!

As promised in the show, here are links to the videos with significant new stuff:

Luthen Rael with Mon Mothma (and Saw, which we didn’t talk about on the show)

The rebellion will rise.

The three-episode premiere of #Andor, an Original series from Star Wars is streaming September 21 only on @DisneyPlus. pic.twitter.com/xCxZbxJIvf

New clip from ‘Andor’ from StarWarsLeaks

And the “Timelines” video: